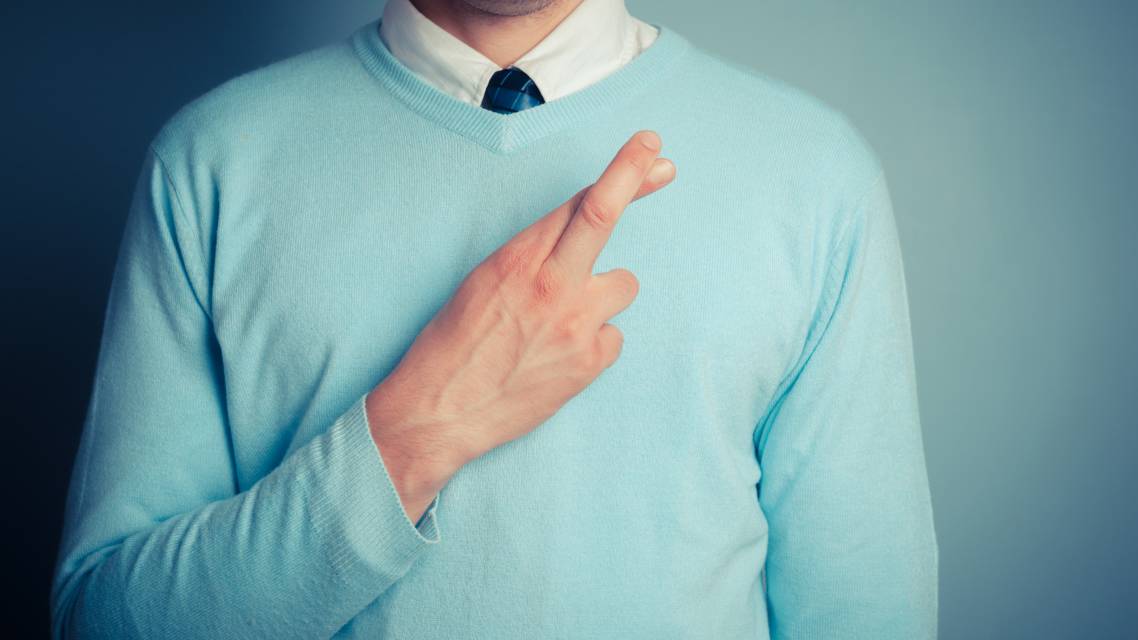 Are you getting a vibe from a guy that he likes you, but he’s never told you? Some men might play hard to get or might not be confident enough to bring it up right away, but there are always a few telltale signs that he will show if he likes you and is hiding it. You can learn here how to know if someone loves you secretly.

Here is also another blog post I wrote about men being jealous and trying to hide it that I think you will love.

These first two signs go hand in hand. If you’re in a group setting and his friends try to ask if he got another girl’s number or went out with another girl, he will most likely deny it. He doesn’t want you to think that you don’t have a chance. If he makes it clear that he is single and not looking for anyone else, it makes it easy for you to see that he is available for you without him having to tell you directly. If there’s a reason for you to think that he’s interested in or seeing someone else, you might not want to give him a chance. If he does bring up other girls around you, it could be for the following:

In reality, the better way for a guy to handle this situation is if a girl has already turned him down, he needs to make it clear that he has other options. He should be showing you that he’s wanted and valued by other women. But some guys don’t look at it this way, especially if they haven’t been upfront about liking you yet.

He closes the physical proximity

If a guy secretly likes you, he will try to get closer to you. One reason for this is that things happen when you’re in close range. But also, when a man gets close to you and you don’t back away, it’s a sign to him that you might be interested. He’s looking for this sign from you by trying to get closer, touching your back, hugging you, etc. If you pull away from him, it tells him that you’re definitely not interested and he won’t want to make any further moves just to be rejected.

Men are very interesting creatures. By nature we are more:

He’s going to thrive on the proximity and if it goes well, he’s going to use it as momentum to get closer or to get you hooked.

I have an article here that explain how men get you obsessed with them. You must watch it to beware. As soon as you’re obsessed, you’re going to lose. Your desire for him dictates your actions because now you have something to lose.

He rarely turns you down for anything

This is a very obvious sign that a guy secretly likes you. He wants to show you that he will be there when you need him to be. When you make a plan with him, he’ll follow through with it 100%. He won’t make excuses, even if he has a valid reason to cancel. He will want to take every opportunity that he has to be around you.

USE THIS TO YOUR ADVANTAGE!!! Make a guy invest his resources in you! The more time, energy, money, and effort he invest, the more power you have and he will get hooked. For the love of God, as soon as you find out he likes you, don’t get all mushy, soft, and available. make him work. Women make the mistake of giving in too soon and then the guy takes them for granted. Happens every single time.

He’s pathetically trying to impress you

This doesn’t necessarily mean that he is pathetic, but he is going over the top with his actions towards you. Think of the typical act of throwing his jacket over a puddle so you can walk over it, even when you can clearly just walk around it. He will say or do anything to win you over, and will start showing this sign, especially if you’ve let him get close and show that you might have interest in him as well. Men base their egos and self-esteem on how well they can satisfy the opposite sex, so he will try everything he can to give you what you want and make you happy.

6. He asks a lot of questions.

7. Wants to know your dating status.

8. Gets quiet when you talk about other guys.

9. Gets quiet and closes off when another guy enters the picture. Especially if you and him were having a one on one moment.

11. He gets quiet and smiles, looking into your eyes after you two have a “moment.”

12. Changes his behavior around you and doesn’t even know it.

13. If he does ignore you, it’s to regain power and seek validation. He wants to know that you like him too so hopes you “react” to it.

14. His body language is always open and he’s facing you. Again, he may not even realize it’s happening. That’s why it’s a good sign.

15. Gives you way more attention than other girls and makes it obvious when you’re around.

16. Tries hard to get your number in a very non-nonchalant way.

17. He checks to see if you’re every watching him out of the side of his eyes.

18. Always agrees with you sometimes out of fear that disagreeing with you will turn you off.

19. He remembers the little details.

20. Tries to break the touch barrier.

21. He may be around but still far enough out of reach to see if you come to him or notice.

22. Knows everything about you.

24. Calls other girls a “Friend” around you.

25. Shares intimate details. He doesn’t mind opening up to you if he likes you.

26. If he is ever too busy or turns you down, he will counter offer

27. Finds excuses to stick around until you leave.

28.  Makes a lot of effort but still tries to play it cool that he’s not interested.

29. Very protective but not in a bad way. He just doesn’t like to see you hurt.

30. Tries to come across as an alpha male. He may change his ways to adjust to what you like.

31. Tries to make you laugh as much as possible.

32. May get anxious and nervous around you.

In all actuality, a guy shouldn’t be hiding his feelings when he likes you. He should be confident enough to tell you to your face. But if you suspect that he is hiding feelings for you, look for these signs and you will know for sure.