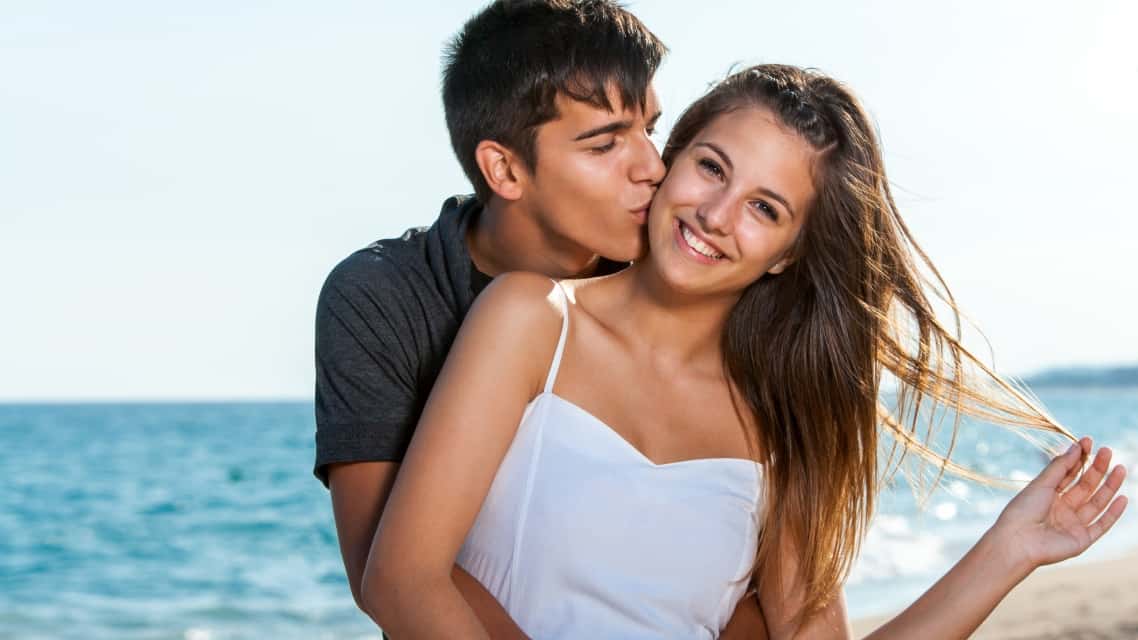 I am about to teach you everything you need to know on how to get a guy to like you fast and want to be your boyfriend. It doesn’t matter whether this guy is a crush, boy you like from school, work, or if you’re trying to get him to like you again. If you follow what I tell you in this article, this guy is going to be more likely to want to commit and make you his girlfriend.

The biggest problem women make is they move to fast. They think because the guy is initiating and moving fast in the beginning that they should go along with it. While you should let him take the lead and court you, don’t mistaken it as him wanting the same thing as you.

Here is what I mean: Most of the time, men move fast. That’s their way of doing things. We want to find out quick if we want to date you. Women on the other hand like to take it slow and see if the guy is worth investing in.

The problem with this though is girls mistaken this man’s intensity in the beginning with him wanting the same thing as her. She feeds back this intense energy and it starts to pick up a serious vibe. While the guy THOUGHT he wanted something serious in the beginning, as soon as it picked up that serious vibe (too much in short amount of time), he realized it’s not what he wanted and starts to back off.

Now, he has to back off. The reason he thinks that if he keeps complying with you at the pace it’s going, his actions are telling you that he wants the same thing when in fact it’s not! That doesn’t mean he doesn’t like you. He just may not want the same thing and backs off a bit.

Things that make it seem like it’s going to fast is:

What does a guy look for in a woman? Value, benefits, emotional arousal

There are three things men look for in a woman:

And the answer is simple: He sees no benefit to coming back to you. If you want a guy to miss you and come back, he has to see the benefits of coming back and not the cons or risk. He knows what he’s going to get when he comes back and thinks to himself:

“I really like her but she’s too needy and clingy. All we do is fight and if I did start taking to her again, I wouldn’t want to jump into a relationship immediately but I feel she’s going to pressure me into it anyway.”

So he weighs out the pros and cons and realizes it’s better to cut his losses and to find another girl.

Stop Texting So Much!

Texting KILLS attraction. If you want to get a guy to text you back, texting him is not the way to do it. YOU WIN MEN OVER IN PERSON! If you want him to text you, you must have built the attraction previously and the desire for him to want you.

If you start to text too much, it does two things:

You can text minimally here and there but if you’re trying to hold conversations over text, you’re going to lose him. Texting is to fill in gaps and create dates. That is it.

Men are sexual, visual, and physical by nature. Add this to the fact that attraction is built through progression, growth, and escalation and you got yourself a recipe for success.

If you want to win a guy over and get him to like you, you need to know how to escalate. That doesn’t mean you have to be sexual. However, just having conversation without any other dimensions or depth gets really boring really fast.

Both sexes know that closing the distance between each other creates attraction. It’s that “electric” chemistry feeling. You just feel it when you start to touch and close in on each other. I don’t care if you kiss him or not. But grabbing his arm when you’re walking (not his hand), looking deep in his eyes when you two are close, letting him put his hand on your lower back screams attractions.

If you want to get a guy to like you, use his own masculine nature in your favor. Let him know he’s winning you over by thanking him, letting him take the lead, and being in your feminine. Laugh at his jokes, flirt, hit him on the arm if he says a smart-ass remark. It just feeds the fire.

The reason a man pulls away from you and the reason he wants to be your boyfriend are two completely different reasons. If a guy pulls away, he sees you as a risk and you show too many red flags. He feels it’s not worth it. If he doesn’t commit but is sticking around, you’re not showing any red flags BUT you’re also not showing him you’re a worthy investment. You must raise your value more and get him to invest if want him to take the leap.

Build value first, get him to invest, then try to make him your boyfriend

With that being said, I think women go about attracting men all wrong. They put the cart before the horse. They try to get a guy to commit and be her boyfriend when it reality they need to build value first. If you build value, he will invest. If he invest, he will feel more attraction. If he feels this strong attraction for you, he will want to be your boyfriend. 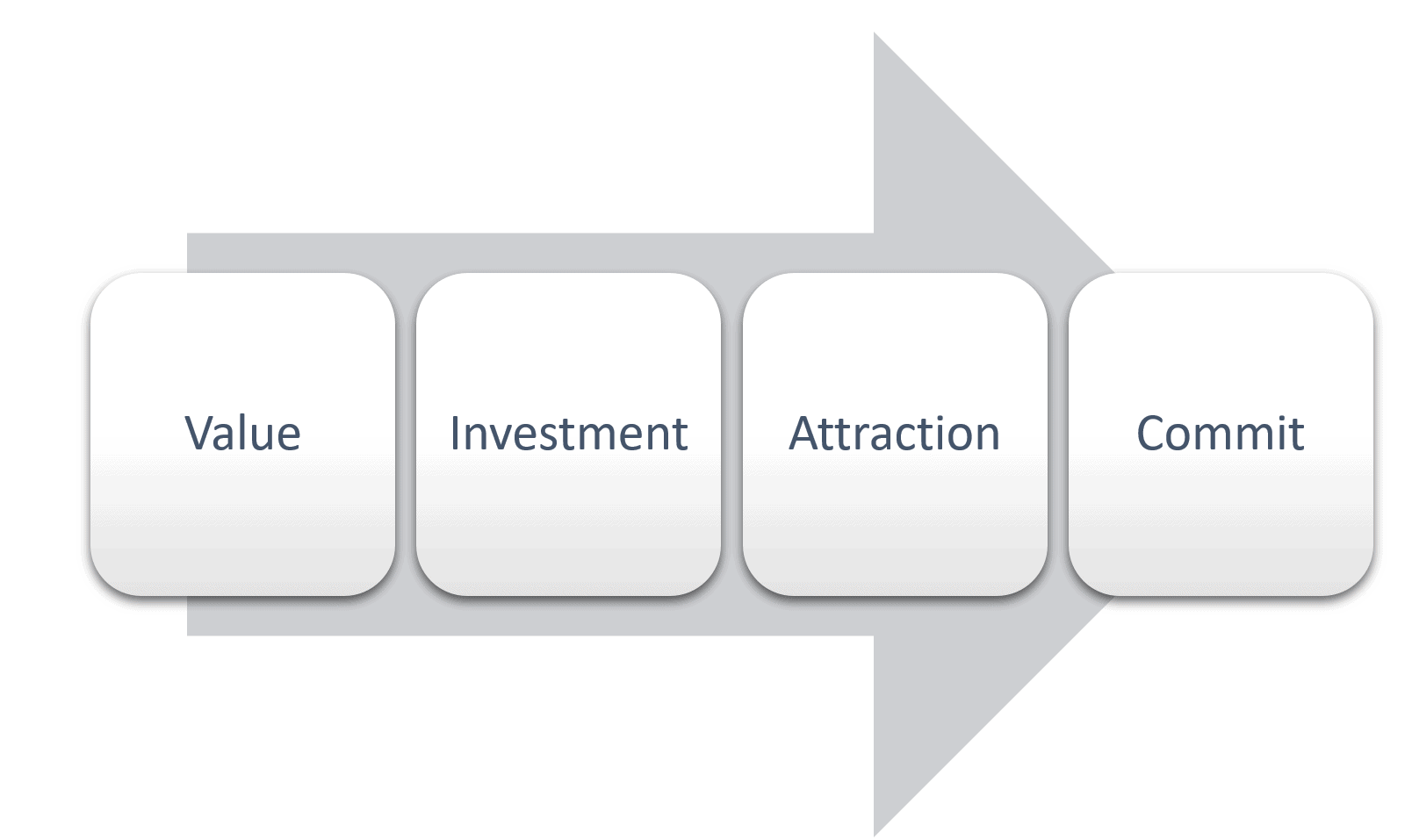 Control the availability. Don’t look like you’re on his beckon call. Have a life of your own. It creates more value. You can see him a lot in the beginning but don’t overdo it. Don’t take advantage of the momentum from all his initiating interest or you’re going to scare him once and bring the serious vibe out too soon. Don’t over tax the system. Learn to coast and build over time.

A great analogy of this is you watching your favorite movie repeatedly. As much as you love the movie and may pay attention to it in the beginning, over time, you’re going to take it for granted. You’re going to know what to expect, give it less attention, and before you know it you’re up making food, going to the bathroom, and texting, while not bothering to pause it. You’re not going to treat it as your favorite movie anymore. It’s going to play in the background while you go about your life.

It’s okay to see a guy fast the first two times to get him attached but after that you may want to slow it down.

You must see see things from his perspective. If you don’t you’re only going to worry about your outcome, gameplan, and wants. That means you’re missing out on 50% of the equation. Think about what he wants, what you would do in his situation, and use this intel to your advantage.

Also, don’t get to attached to him. Come off as I want you but I don’t need you.

Here are some extra questions I am sure you have about getting a boyfriend or a guy to like you.

What are signs a guy likes you? How can I tell if he has a crush on me?

What if he pulls away? How do I get him back after he pulled away?

I personally believe if a guy pulls away, you should let him. If you don’t then you’re going to come off clingy. There is a reason he’s pulling away. Don’t fight it. Instead, let him pull away slightly. Show him you’re not dependent on him. Give his brain time to miss you. The last thing you want to do is to try to convince someone to come back to you when they’re in the mindset of pulling away. It’s only going to cause tension.

With that being said, if he pulled away and it’s been 3-4 days, I would reach back out to him. I’d keep it short and simple, strike up a little conversation, and then try to make a date for several days in advance. If he says yes, then great! If he says not, then leave the ball in his court by telling him that’s okay and to get back to you when he knows his schedule. if he doesn’t respond, wait another 3-4 days before repeating the process. If he gives you some excuse again, say the same thing but this time, never reach out again. That means if he doesn’t reach out, you will never hear from him again. That is all you can do.

How long does it take to get a guy to commit and want to be my boyfriend?

1st week: He is getting the feel for you. He is seeing if you’re the right woman, if the sexual tension, and attraction is there, and if you’re fun to be around.

2nd  and 3rd week: He is building on the first week. He wants to see if this is a safe investment. He wants to see the red flags and risk if there are any. He starts to weigh the pros and cons.

5th week: Same as week 4. However, he is buying time. Still may be afraid to make a commitment but does like you.

6-8th week: If a guy hasn’t said anything about dating you yet, this is when I think the woman should bring it up. Don’t worry about scaring him or him pulling away. If he does at this stage, he had no intentions on dating you.

Around the 6-8 week mark from the first date. Any earlier and you may scare him away. Any later and he is taking advantage of you.

There you ladies go. There is a quick rundown on how to get a guy to like you and how to tell if a guy doesn’t like you. Let me know below in the comments if there is anything I should add because I have no problem updating this article to help you get an idea on what to look for.