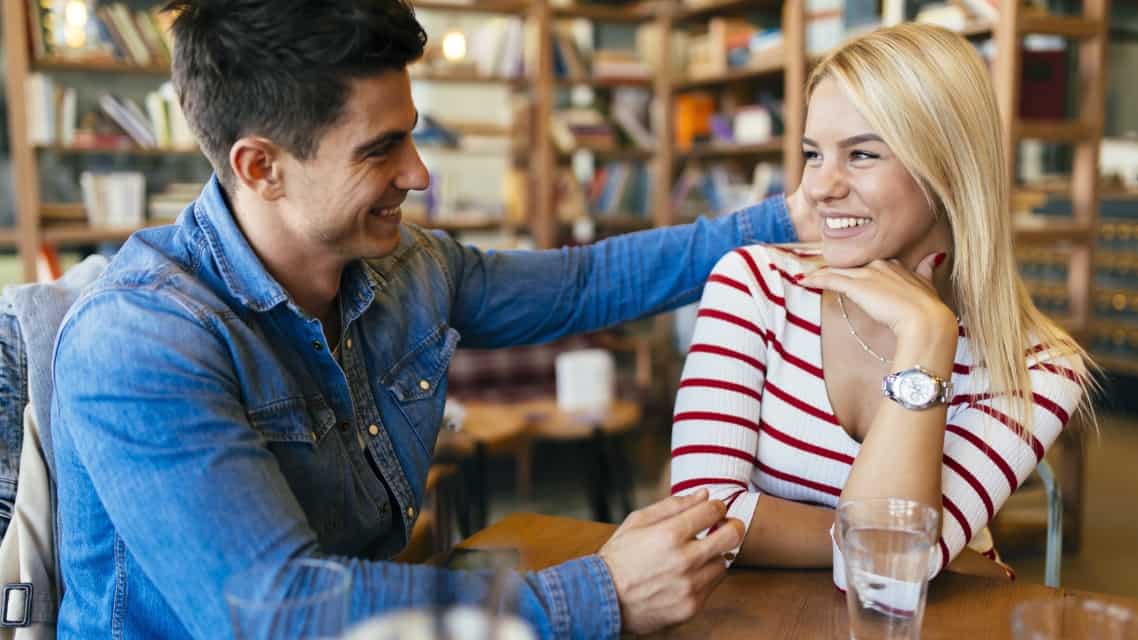 Have you ever liked someone but you can tell they’re hiding their feelings? Better yet, do you know that he likes you and wonder why he’s hiding it? We all have been there and it feels like a pain to try to decipher what a guy is truly thinking. No worries, in this article, I am going to break down the 3 crazy reasons why a guy hides his feelings from you.

Note: A huge majority of the time as you can see in this article, he hides his feelings for you because of miscommunication and misconception.

He Hides His Feelings So He Doesn’t Lose Power

A guy in a healthy state of mind SHOULD be in his masculine energy. When a man is in his masculine, his job is to provide and satisfy a woman. This is something us men cherish very much. However, there are times where we feel that we are giving too much and need to dial it back a bit. There are also moments where we feel we are doing a good job but you’re not returning the favor and telling us you enjoy it. In return, we feel you’re taking advantage of us. In counteract that, we will pull away or not open up in hopes you dig for the answer.

Another thing to remember is the power struggle between the two sexes. While tension and polarity attracts, people think that means playing games and not wanting to give up ground. They don’t want to make any effort in bringing each other close because the one who gives in first “loses”. In reality, this is one of the top reasons couples don’t work out. Assumptions are the termites of relationships.

Doesn’t Want to Come Off Vulnerable Due To His Feelings

I think this is heavily a society thing but I still think it STRONGLY dictates how a man acts. Men aren’t going to open up to you right away because they don’t want to come off soft. They always believe there is a downside when talking about feelings UNTIL they actually hear the benefit of talking come out of the girl’s mouth.

Guys will usually open up after two things:

WHAT TO DO: Don’t pressure him. Relax. I tell all my clients to just hangout and be in the moment. If there is no pressure and you’re lighthearted, he will open up. We always do.

It has been proven time and time again that having a mysterious vibe is great for attracting someone. We are attracted to the unknown. Not only that, we have a huge desire to be accepted and wanted. The logic here is that if I don’t know how you feel but I have a feeling that you’re interested, I am going to dig a little deeper to find out. You like the idea of someone showing you interest.  If that is the case, why would you tell anyone and give up that power? That is how a lot of men feel. If you add in the other factors I mention in this entire article, it sounds like there is no downside for hiding my feelings. Think about it:

However, it’s not all about him. It’s about you too and you want to know.

WHAT TO DO: Personally, I wouldn’t push him to open up. I always tell both sides to show it through their actions and not words. Watch his EFFORT over TIME. If he shows you effort only in the beginning stages then he might not be as interested in you. Of course it naturally dies down over time but if it take a huge dip, that’s a problem. It’s always EFFORT over A PERIOD OF TIME.

He Doesn’t Trust You Yet

I talk about this a lot in my Ultimate Value Guide but I will touch on it briefly here: for the most part, a man isn’t going to you because he doesn’t want the consequences of telling you. What are the consequences:

WHAT TO DO: Get my Ultimate Value Guide and follow directions. It’s a process. Just because you want to hear him say something doesn’t mean he should. He’s waiting to trust what you’d do with those words.

Maybe He Doesn’t Have Feelings At All

This is harsh but happens a lot more than you think. Just because he’s smiling and having fun doesn’t mean he’s interested. There should ALWAYS be something physical involved. If there is not, congrats, you’re in the friend zone.

If my blog and videos have helped you in some way, please show me some love and check out my Patreon!