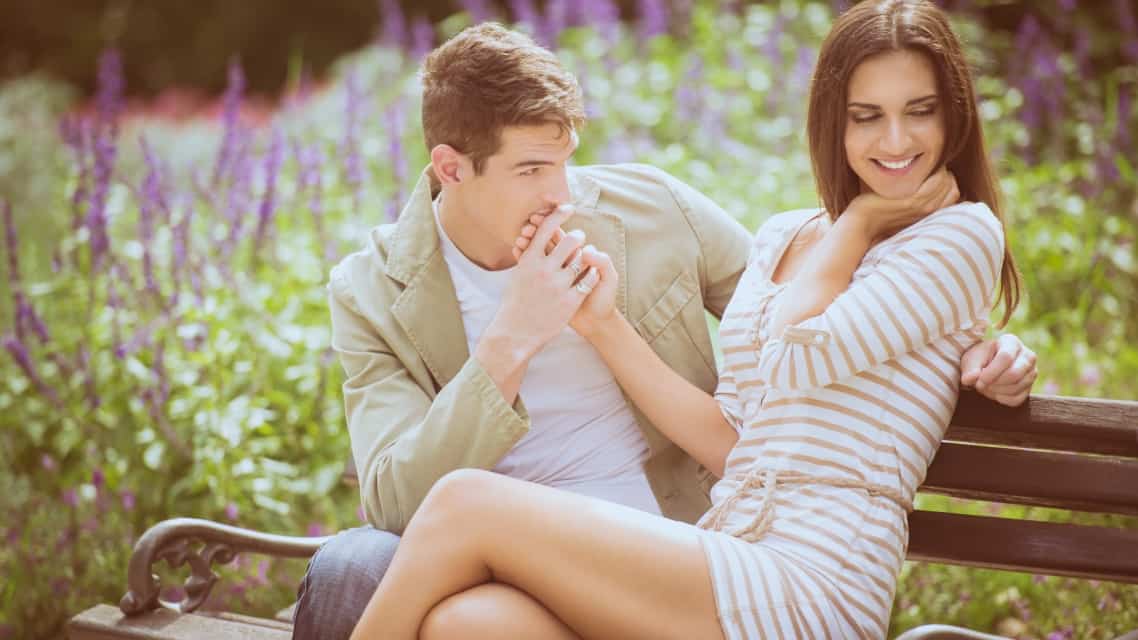 Men pull away all the time. Most of us do it because we feel it’s getting too serious too fast and want to defuse the situation. This would leave you at a disadvantage. Instead, I think women shouldn’t act so eager and at times, cut a guy off a bit to make him miss you. In this article, I am going to go over how to cut a guy off correctly to make him miss you. I want you to understand the right mindset to have and the things women do wrong which screws up the whole process of making him miss you.

5 Powerful Ways To Cut A Guy Off To Make Him Miss You:

Cut Him Off Fast Or There Will Be No Regret 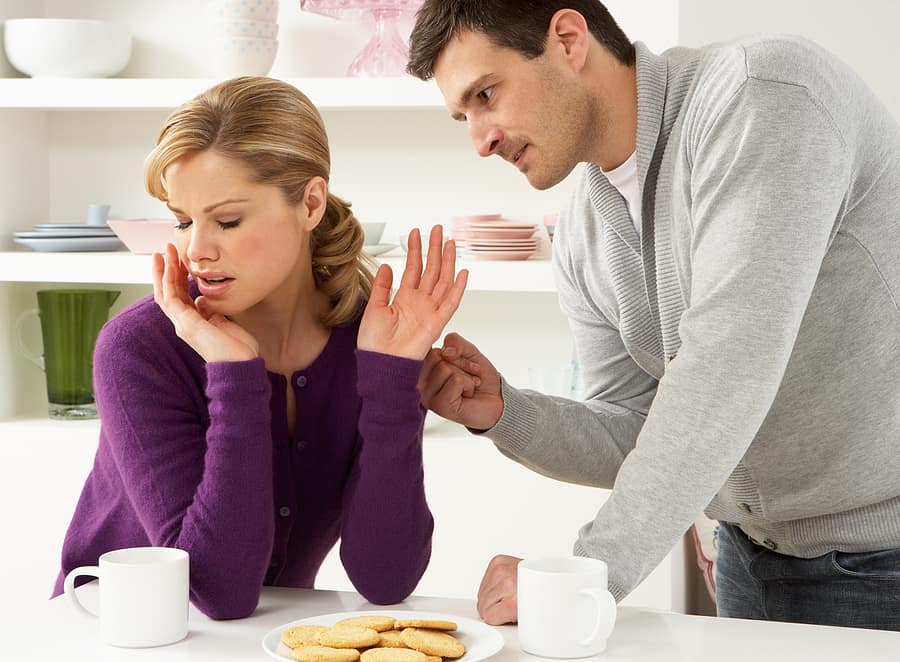 The analogy I love to use here is a morbid but accurate one:

Let’s say your grandma is in the hospital and very ill. She’s been sick for some time and at the wonderful age of 89, you and your family know it’s about her time. She lived a good life and has been sick on and off for the last several months. Each time she gets sick, she’s getting worse. You and your family know what you have to do. You spend time with your grandma, make up a will, share some memories, and accept her fate.

While this will hurt you and grandma will be dearly missed, you know it’s her time and you can deal with it. You had time to dwell on it and have no regrets.

In another world, let’s say you’re a mother minding her own business. You’re at home, reading the newspaper, drinking your coffee, and taking a break from the hectic day to day activities you have to do that tire you out. You sit down to catch your breath and all of a sudden, there is a knock at your door. You open up the door to see two police officers with their hats against their chests. They’re there to inform you that your child got struck by a drunk driver and was killed on the spot. There was nothing they could do.

Again, you love grandma but which do you think would hurt worse? Exactly, losing your child out of nowhere.

The same reason you hurt for your child is the same reason this guy will hurt if you cut him off fast. He doesn’t have time to dwell on you, think about the decisions he made, it’s sudden, blindsided him, and he will immediately think about regret in terms of what he could have done better, said, or things he did that she shouldn’t have.

If you slowly cut him off, it’s like slowly ripping off a bandaid. It’s slow and steady but you can pretty much get it off without it hurting too bad. He won’t miss you. Nothing will shock his mind as he gradually is getting use to see you less and less.

Make Sure It’s Your Idea

The biggest mistake I see is women deciding to pull away and cut a guy off only after he is the one doing it.

If that is the case you’re playing a reactionary game. Now, there is nothing wrong with that since to some extent, I would tell you to stop investing in a guy who isn’t investing in you which would mean to move on. However, that doesn’t mean mentally you’re over him or that is what you want. Hence, why it’s reactionary.

When the woman pulls only after a guy does, two things happen:

I want to go over that second bullet point a little bit.

Women need to understand that women a guy comes back around, it’s not because he suddenly realized how amazing of a woman you are. He didn’t wake up and realize how much of an idiot he is. It’s purely for benefits. That doesn’t mean there aren’t guys who leave and regret it. But I hate saying that and then all women think they fall under that category when that’s not the case. MAYBE 3% of dudes who come back are actually serious about a relationship, get into one with her, and stay in it for the long-term. Women need to understand that men don’t change that easily.

Must-Read: How To Make Any Guy Regret Losing You In 3 EASY Steps

Cut Him Off 100% No BreadCrumbing

The biggest pet-peeve I have is when clients come to me and say:

Elliot, how long should I cut him off? I’ve done no-contact for almost 30 days. Should I reach out on day 30?

No, no you shouldn’t.

What you need to understand is this:

If you cut him off, it’s completely and it’s until he comes back around. That means if he never come back around, you will never hear from him again.

I can’t stand when women come to me and they’re telling me they’re cutting a guy off yet still texting him minimally. Or even worse, a guy shows a little bit of effort, and then all of a sudden she’s melting back in her arms.

You have to cut him off completely to GIVE HIM AN OPPORTUNITY TO MISS YOU! So many women come to me and wonder why he’s not changing or chasing her yet. It’s because he doesn’t need to! Where are you going? You’re not going anywhere? Do you think a week or two is going to change all the mistakes you made up to this point? You think pulling away now is going to erase the fact that he knows he has you? That takes time.

I always say, there are two types of access:

Only then, will he start to chase A lot of guys know you still like them so they call your bluff. They know if they want you all they have to do is reach out with some sweet talk and you’re back to letting him in. Cut that shit out. If you want him to truly miss you, you have to act as if you’re gone 100%

Hold Your Ground And Don’t Go Back Immediately

This goes in-depth a bit more on what I said above but a lot of guys know that you’re still into them because pulling away for a little bit isn’t going to erase the fact that you wanted him before and wasted six months on him. He knows that if he comes back around saying how much he misses you and wants to try it again, you will let him. You justify his actions.

Don’t do that. Make him work for it. Don’t cave in at the first sign of him crawling back. As I said, the average man doesn’t change suddenly. He didn’t wake up wanting you. Instead,  he wants what you offer. That can be things like:

If you take him back immediately, he will take you for granted. You need to have that guy reach out to you time and time again and even then, HE STILL DON’T WANT TO BE WITH YOU. Please, trust me on that. Make him work to get in your pants again. Make him work for those benefits he’s after. He is going to have to prove himself with strong effort over a period of time. Then, you tell him you want a relationship and see if he’s on the same page. If he is, then go into a relationship. If he’s not, cut him off. He was obviously wanting the benefits. Do not take ANYTHING he says for an answer.  This guy is going to try to buy time with stupid phrases that give you hope. Don’t do it.

If you want to check out my course that goes into EXTREME DETAIL ON THIS STUFF, check it out here or the picture below:

In my course, videos, and articles, I mention the term “Negotiation” which is where a guy is going to come around and give you hope towards something you want in order to get what he wants. This can come in the sense of buying time with you before giving you a relationship by saying:

I like you it’s just, I am newly single and not sure if I want a relationship right now. That doesn’t mean I don’t want to see you. Can’t we go slow? Can’t we see where it goes?

This is a powerful negotiation on his part because it does the following:

All this is very logical and to a lot of women, it gives him hope to the point where she will wait it out. What you don’t understand though is why would he commit if he doesn’t have to? I don’t care if he’s newly single. If he’s not ready to date then he shouldn’t be wasting your time. That is why I tell women don’t talk to newly single men. They use this excuse knowing they’re not ready but still want to get the relationship benefits. That is also why I tell women to give a guy 6-8 weeks before asking him.

What I am trying to say is if he comes back around, assume it’s not for a relationship and that it’s for something else. I tell women that you need to think of attraction as a scale. And to move it along this scale takes time, two healthy-minded people who are actually looking for a relationship, and other attractive variables such as looks, chemistry, and so on to move it up to the point where he’s willing to commit. If a guy left and is coming back around, those two actions are done due to his lack of interest. Yes, lack of interest. A guy who truly likes you won’t put himself in a position to lose you like he just did. He doesn’t wake up and shoot to the other side of the scale. That takes time.

Don’t give in to it. Let time do its thing. You won’t regret it.

Well  what do you think? Did I help you? Would you like me to add more? Leave a comment below and let’s discuss the psychology of men coming back around.

446 thoughts on “How To Cut A Guy Off To Make Him Miss You: 5 Powerful Ways He Can’t Ignore”