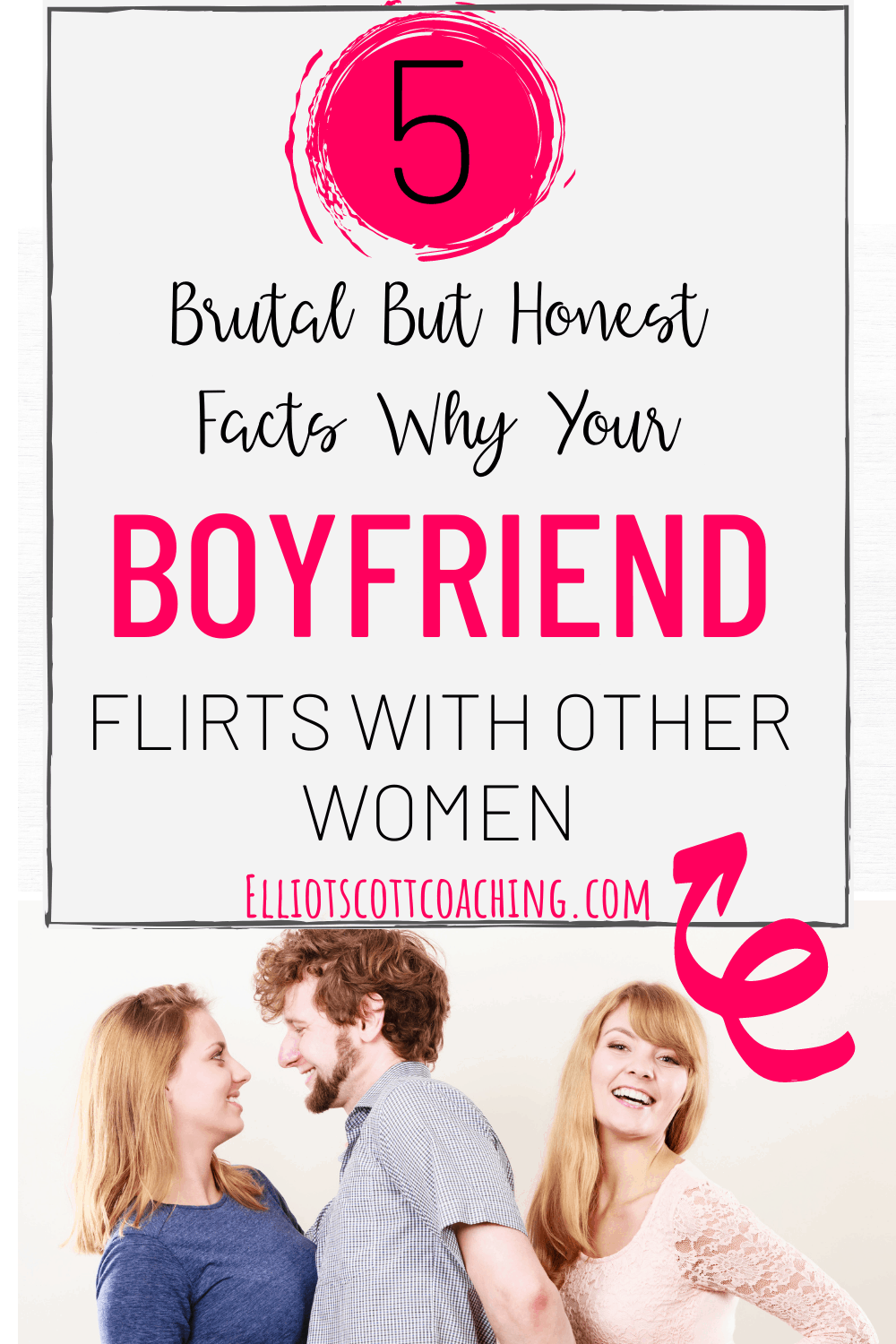 Do you wonder why your boyfriend flirts with other women? Have you ever caught him flirting with other girls and he still does it?

It can be painful to see him redirecting his focus to other ladies. Nobody likes being the second choice, especially if you want to be in a serious relationship.

Every relationship should have its specific rules between its partners. Flirting, while sometimes completely harmless, can be hurtful

If that is the case, why would a man want to talk to other girls and flirt with them endlessly; even though he has a girlfriend?

I will be showing you 5 facts about why your boyfriend talks to other girls and flirts.

The Main Reason Your Boyfriend Flirts With Other Women

Your boyfriend flirting with other women has nothing to do with you. It’s the fact that he’s fulfilling his ego to see if he “still has it” in the dating market, to get validation, not fully certain about the relationship, or curious about what is out there. It can also be harmless.

I want to be clear on two opposite ends of the spectrum:

First off, I am not condoning men flirting and thinking it’s okay to do so. There are many reasons we flirt which I will go over in a bit.

Secondly, just because a man flirts with other women, I don’t think he’s always a bad guy and that sometimes, yes, it’s harmless. I am not saying that justifies him doing it. I am just going out facts.

The reason I am saying this is I do believe a man can love a woman and flirt with others.

Yes, I know that is weird to hear and I am NOT saying he should. Let me explain.

there can be many reasons for flirting with someone:

While I don’t think a man should flirt with other women if he’s taken, just because he flirts doesn’t mean he doesn’t love you. Women need to understand male psychology, especially from an evolutionary perspective.

Men are VERY ego and status-driven and while that may not be morally justifiable to flirt, it is logical.

If you think of things in terms of raw numbers, it’s more validating to get a variety of I.O.Is (Indicators of Interest) from multiple people than just one. If it’s just one person, it’s more subjective and you may be that person’s type. If it’s multiple people, it’s more accurate to say you’re a “catch.”

The I.O.Is of different women also mean different things. The validation a guy gets from his girlfriend may mean he’s a long-term catch while one he gets from a much younger woman shows that he’s still relative to dating and mating.

Again, I am not justifying flirting. I look at it more logically and from an evolutionary perspective. No one likes their partner being flirtaeous. It threatens the relationship and puts a risk on the assets we have with that person.

Because of this, I am going to give you 5 reasons why guys flirt that I think are on the bad side:

#1 Reason Your Boyfriend Talks to Other Girls and Flirts: He Is Taking Everything You Built Up For Granted

A man who truly likes you won’t put himself in a position to lose you.

Although I do believe we can take things of value for granted such as friends, health, our bodies, air, water, food, time, and so on, I feel it’s a little different when another person is involved and it’s at the expense of a person we love.

Yes, it can still happen.

Yes, he can still like you. It’s human nature. That doesn’t mean it’s okay though.

It’s almost like what you two have/had temporarily lost value for whatever reason. Some reasons include:

Whatever the reason is, if he’s talking to other women, that’s breaking the unwritten rule of a relationship and needs to be addressed.

Reason #2: He Doesn’t Value And Disrespects The Relationship 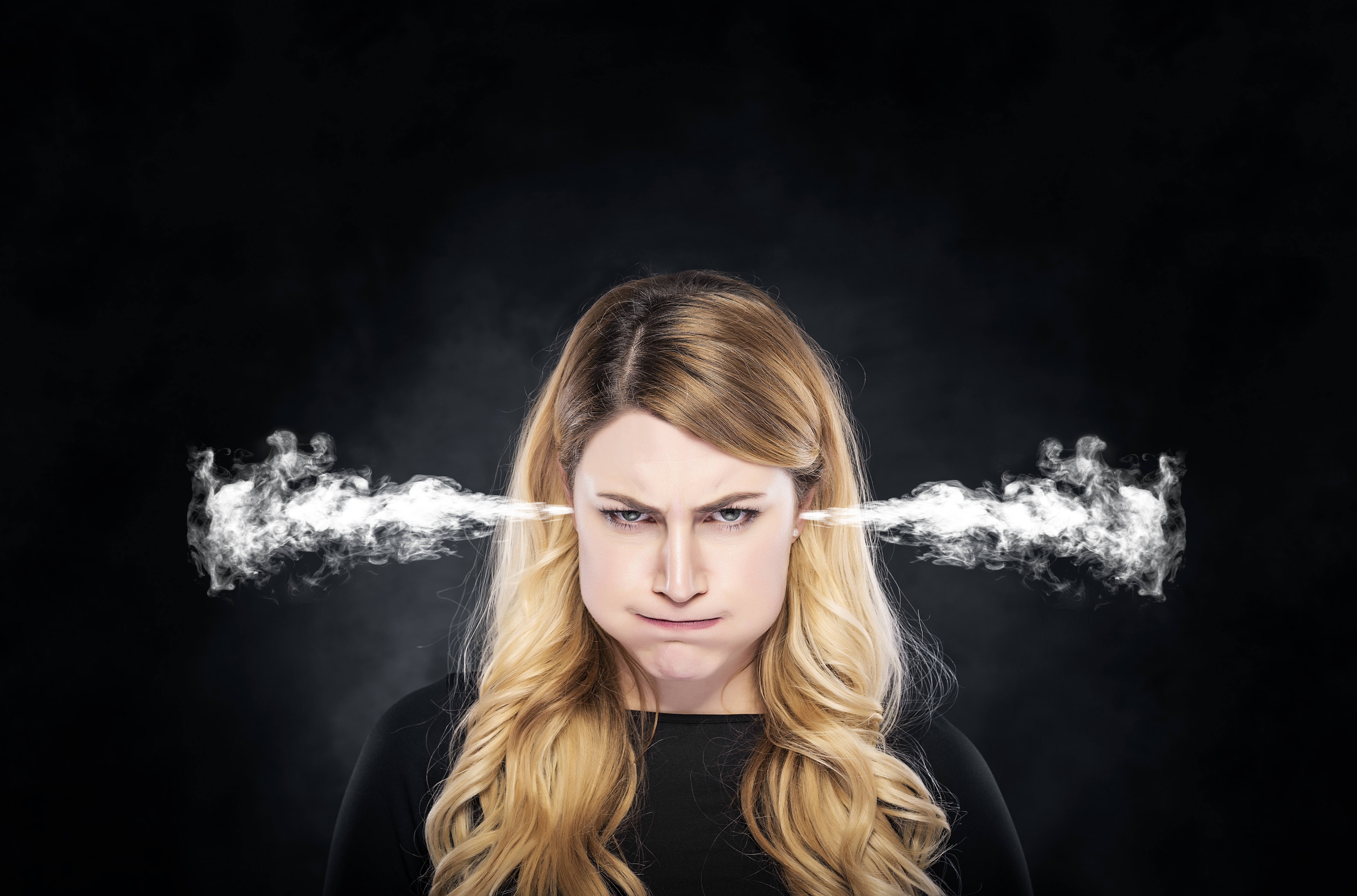 Value a lot of the time dictates risk.

For example, if I go on a date and it’s with a girl who I am not sure of, the chemistry is “eh,” and I don’t see it long-term, I don’t really care how it’s going to turn out.

On the other hand, if I go on a date and really like the girl and see her as a potential girlfriend, I must invest my resources in her in order to prove my worth and transition into another date.

The same thing applies to his view on the relationship:

If a man doesn’t value the relationship, he will naturally jepordize it in only a matter of time.

It’s either there or it’s not.

if it’s not, I can see him subconsciously jeopardizing the relationship by investing his assets into other desires such as the validation of other women.

Even if it’s something small that he thinks isn’t bad such as just texting a girl. That’s wrong.

If your dude is trying to HIDE the fact that he’s talking and flirting with other girls, to me, it’s cheating.

MUST-READ: Why You Should Never Chase A Guy Who Pulls Away In Order To Get Him Back

I would just break it off and ignore the guy at that point. The fact that to stay around (of course talk it out and come up with a solution. I am talking about if it doesn’t work) only gives him a green light for that behavior.

MUST-READ: What Do Guys Think When You Ignore Them? Beware Of This Last Thing Though!

Reason #3: Grass Is Greener On The Other Side 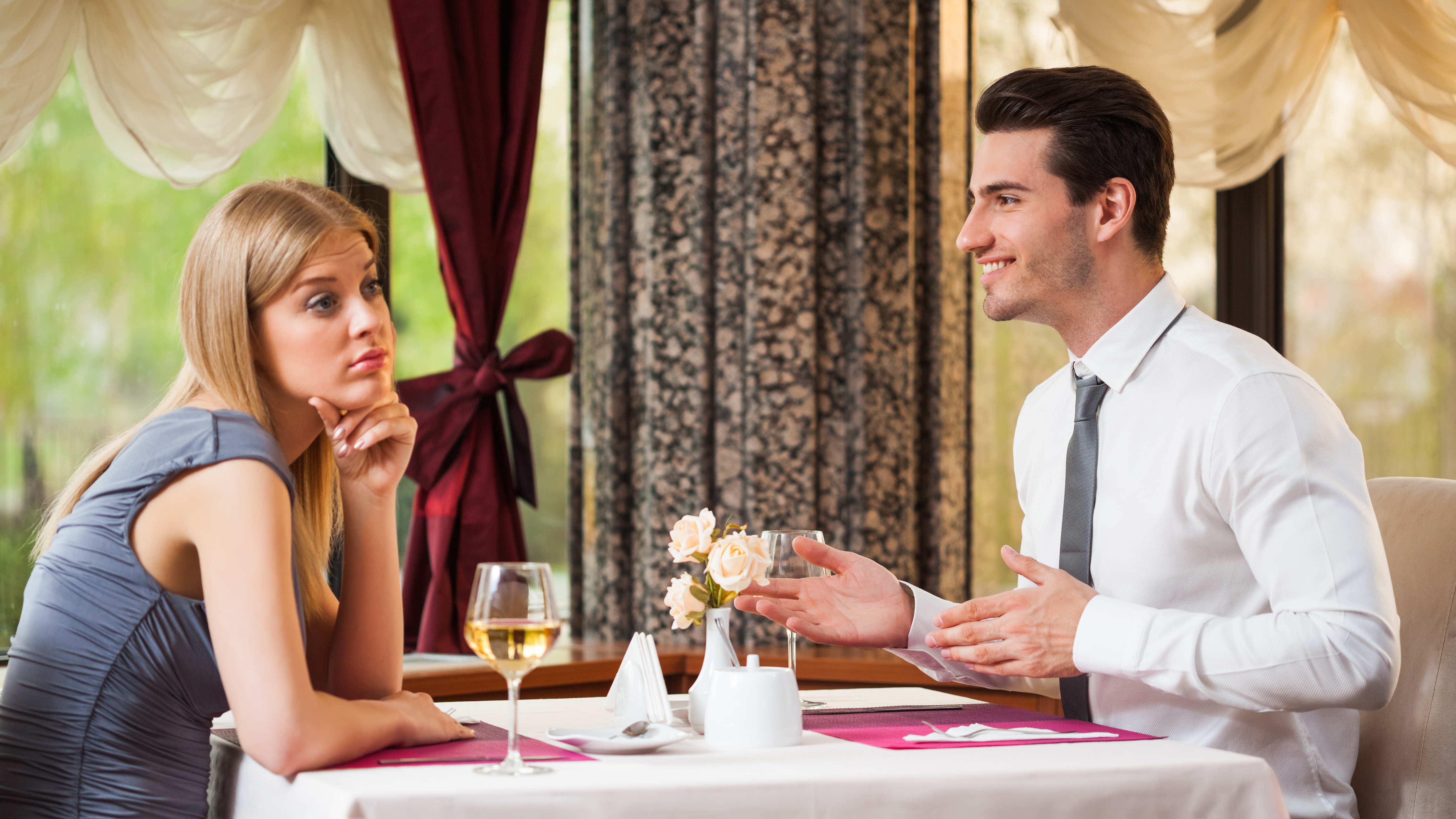 I am a big believer that curiosity kills the cat.

If you want a good reason why your boyfriend flirts and talks to other women, it’s probably because his mind is wondering.

Please don’t think that means he’s unfulfilled in the relationship. At times that can be the case but the fact that he’s doing it despite knowing it’s wrong and hurts you is more problematic than anything.

It is normal for humans to wonder “what if” and then start letting their minds unravel.

It’s NOT okay though to act on it. There is a difference between him thinking about the single life and actually talking and texting another woman while in a relationship.

If that is the case, you two need to have a serious talk. He needs to know it’s not okay. YOU ALSO need to know that he has needs too and if he can’t understand what he did wrong, why it hurt you, and if you’re afraid he will do it again, I don’t care how much you like the guy. It’s best if you break up.

Reason #4: He Thinks He Can Get Away With It 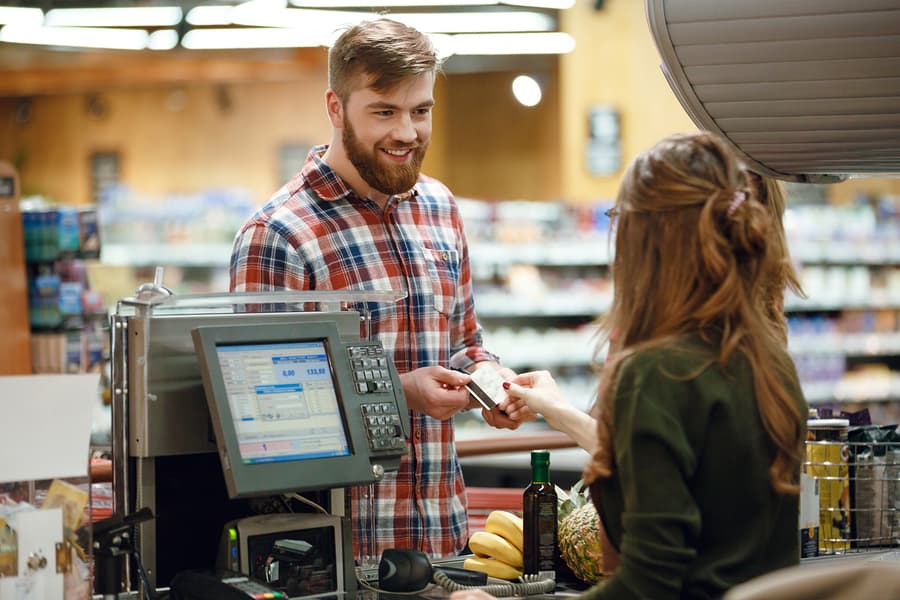 This comes from the theory of Advantages/Disadvantages or Assets versus Liabilities, Simply put:

We strive for advantages in the dating market while trying to lower liabilities. If he was flirting and getting in trouble for it, it’s obviously “not worth it.”

However, what if I can have my cake and eat it too?

What if I can flirt and get away with it? Morally justified? No. Logically? I’d still say not worth it but some guys would beg to differ.

See,  lying has a reward system and if a guy is not morally sound or raised with good virtues, I can see him picking up this way of thinking.

Simply, he will flirt because he thinks you will not find out about it. Even if you do, he thinks he will easily get away with it {maybe he will lie to you or something or you will take him back.

What is even worse is guys who get caught but don’t pay the price!

Some guys will flirt and get too personal with other girls because they know they won’t face any consequences after all. I can’t stress how many women stick around and lower their standards just to keep guys in their lives even though he’s messing up day after day.

One friend of mine told me straight up that he flirts with his workmate because his girlfriend will not find out about it. So you see, your man might talk to girls and be flirtatious because he believes he can get away with it without you knowing. If he takes on this train of thought (which by the way, is not normal. Please don’t think the normal guy thinks this way. We don’t), he will see the devil in the opportunity.

The sad fact is that he knows you will be hurt if you find out about his extra coy behaviors to other girls.

So why does he think he can get away with it?

Reason #5: He Needs Validation And Wants It From Other Women 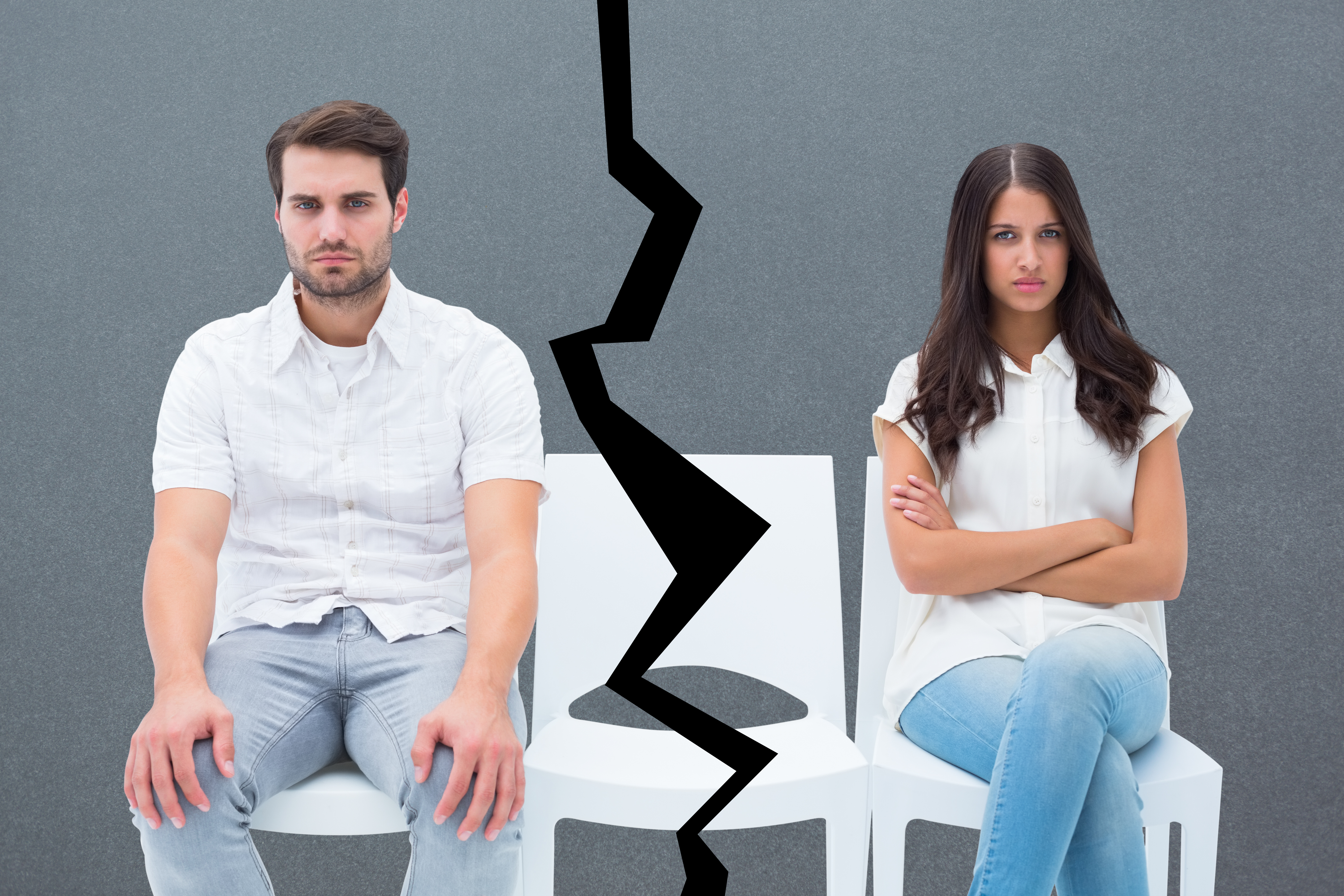 Like I mentioned at the beginning of this article, there are a lot of reasons a guy flirts. Attention is one of them.

Everybody loves to hear that they are attractive. Even if you have a partner that you love so much, you still feel good when someone says you are attractive. This is common in men; we just love the attention.

I am not justifying flirting with other women but I think women strongly undervalue the importance of getting validation from other women.

Due to a male’s sexual strategy, he may tend to focus more on quantity instead of quality at times.

This is due to his physiological makeup. He can’t get pregnant but he can spread seed. When the job of an organism is to survive and reproduce, he likes quantity.

But there are more reasons for quantity:

Please look at things from an advantageous perspective. That is how a lot of men think.

No that doesn’t mean all men cheat or look at other women. But if he is doing those things, these are probably the reasons why.

Below I have an article that will help you keep him by making him regret leaving you.

MUST-READ: How To Get Any Man To Regret Leaving You In 3 Easy Steps

Let me know what you all think. I know this can be controversial at times but I hope I didn’t sound like I am condoning the behavior. Just more logical about it.