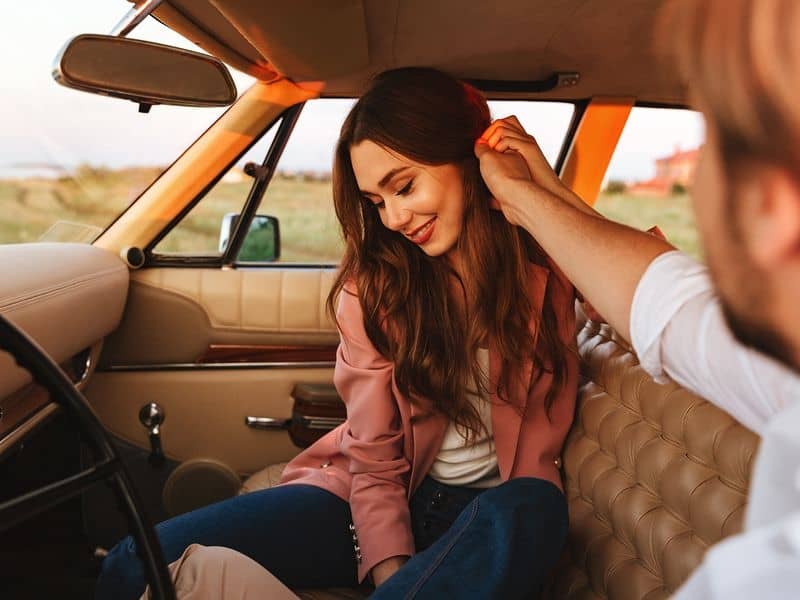 Earlier on in the week I talked about ‘How to Get a Guy to Open Up Emotionally before He Tells You that He Likes You‘. Now, what we are going to cover today goes hand-in-hand with what we talked about then. They kind of build on each other because frankly speaking, when a guy opens up to tell you that he like you, it is often more effective if he is emotionally invested in what he is saying. Otherwise he might just be telling you what you want to hear so he can get…you know, what he wants.

So, before you even carry on with the kind of TREASURE I’m going to share here today, you might want to check out that other video and article first.

Honestly, this is going to be absolute gold, so fill up your jewelry box by going over to the other article really quick and then come right back…I’ll wait!

Read: How to Get a Guy to Open Up Emotionally before He Tells You that He Likes You

We good? You got all that? Excellent. Welcome back. Now, where were we? Ah…yes, how to get a guy to actually tell you that he likes you!

Remember when you were a teenager and it meant the world who said they liked who first? Well those rules don’t really change that much even when you become an adult. The truth of the matter is that whoever admits that they like the other first loses just a little bit of their power in the relationship.

“In some childish mental space of ours, we associate the first person to admit that they like the other with being the person who needs the relationship the most thus handing over the power and control of the relationship to the other person in the equation.” 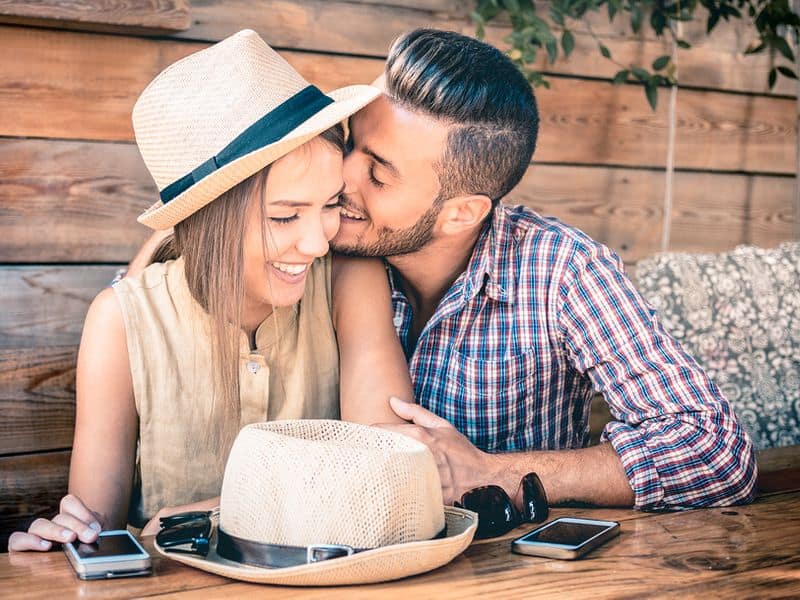 While this might be exceptionally childish…juvenile…asinine (feel free to throw in whatever adjective best describes it for you if you are as fed up of this as I am), the fact remains that it is what most people believe.

That, however, does not make it a FACT!

In an adult, mature and ‘headed for greatness’ relationship, both parties have equal stakes in the well-being of the union. It therefore does not matter who says they like who first or who loves who more than the other. All that matters is that each party likes the other and is willing to do whatever it takes to make the union work.

But before we get to all that, someone has to say that three…albeit not as terrifying words: I like you, first!

Why most men do not say it first

The reason most men tend not to say it first has to do a lot with the woman they are dating. The sad fact of the matter is that most women get too excited during the infatuation phase. Which means that they:

Basically, they do things that inadvertently sabotage the relationship as opposed to helping it along.

Read: You Will Ruin Your Chances With Him If You Do These 5 Things – Things Guys Find Unattractive
Read: You’re Making These 4 Mistakes That Cause Guys To Ignore You – Why Does He Ignore Me And How To Get Him To Commit 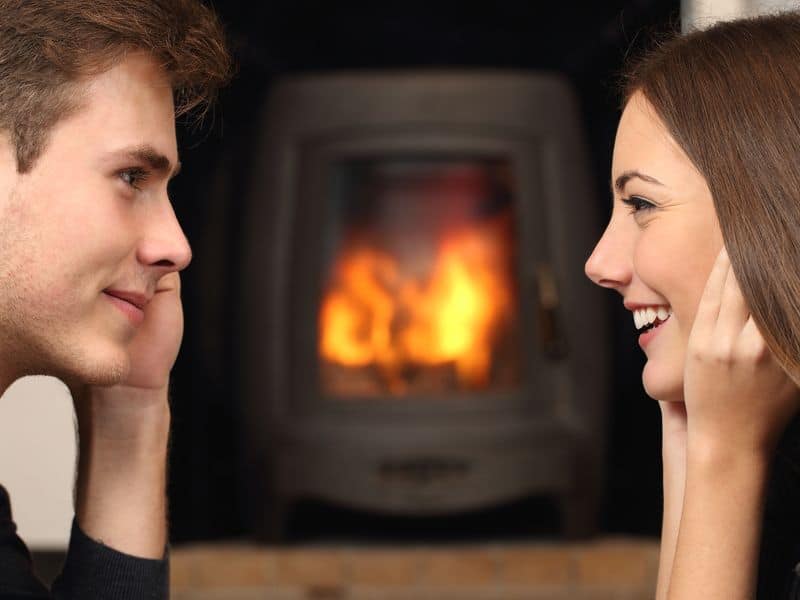 Apart from the fact that you might be too eager to tell and show him that you like too soon, there is also another huge reason why he might not feel the need to tell you that he likes you. That reason is:

You have conditioned him to get what he wants without necessarily having to commit.

These are all things that will make him think he can do whatever he wants and still get you whenever he wants. You need to create more value in yourself and make sure he sees that you are worth having and that he might lose you if he doesn’t step up his game.

Read: How To Make Him Worry About Losing You – 30 Of The BEST Ways and MORE

Watch: This Is Why He Won’t Commit Or Ask You Out. He’s Probably Thinking These Things

Assuming you took the advice I gave you in the other article and have slowly but gradually made him comfortable enough to share some…deep, mushy stuff with you, then now it is time to get him to admit that he really does like you. Because, honestly speaking, if he is already emotionally opening up to you then there is a good chance he likes you more than he likes…say, other girls.

Remember when we said in the other article that you should ‘show stability’? Seriously…you need to read that other one first. Anyway, for a guy to trust you enough to open up, he needs to know that you are not going to freak out as soon as he pours his heart out to you.

There is a very good reason why most men do not share their inner most vulnerable feelings and thoughts with women in general, especially the mushy stuff: they are afraid that once you hear what he has to say you will change on him.

He is afraid that you will hold on to every word he says and start doing crazy stuff like:

DO NOT, I repeat, DO NOT change on him as soon as he tells you he likes you. Build trust and show him that you are stable by measuring your response. Be cool, calm and composed even when he tells you that he likes you. This trust is built over a long period of time. Again…see the other article first.

Read: How to Get a Guy to Open Up Emotionally before He Tells You that He Likes You

The latter pressurizes him to describe you if he does not want to hurt your feeling or to go right ahead and tell you that you are not it (which might not be a very bad things considering it will save you a great deal of time and future heartache). 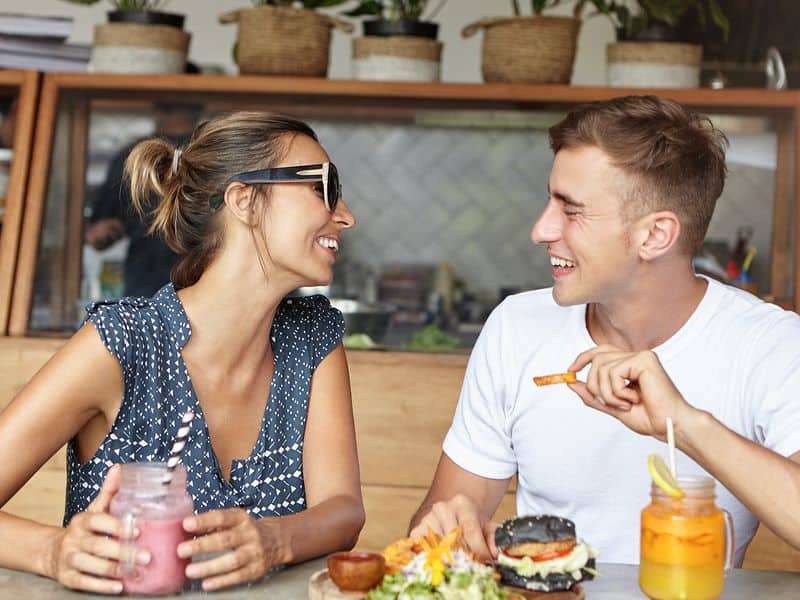 The former (asking him what he looks for in a woman) is an excellent way to get him to admit without exactly having to ‘have the talk’ with you that he likes you.

The logic behind it is this: if you ask a guy who likes what he is looking for in a woman he will do these two things:

It is the second part that you really should pay close attention to. A guy who likes you will name a lot of your characteristics as the things he looks for in a woman. Pick up on those cues.

There is something you should know about guys: we are IN THE MOMENT creatures. That is why we find it easier to say that we like or love you when we are in a very happy place only to move right on or even pretend that it didn’t happen later on.

If you want a guy to reveal that he likes you then you need to set the mood. Catch him at his happiest and content. You can even take him for a night out or to his favorite game then later on do what we discussed in point number two. He will almost definitely tell you that he likes you.

There is a reason why playing hard to get works so well for so many women. It gets the man to chase you and reveal his intentions. The same principle should apply to when you guys have been friends for a while and you want him to tell you that he likes you:

Listen…this guy probably already knows that you like him but might not be too sure. So he will be looking for signs to confirm his suspicions. He will poke and prod to try and get the confirmation. But if you hold out, he will have to come right out and say it himself.

This one is simple and it ties up to the first (build trust) and fourth (use reverse psychology) points. If a guy already knows that he can trust you with his vulnerability, then he will be much more inclined to tell you that he likes you.

By showing appreciation I mean you should be considerate towards his feelings and reciprocate them if you like him as well. Make him feel rewarded for opening up to you. That way, he will be more inclined to open up more in the future. Remember the conditioning thing we talked about earlier?

So there you have it: stacking these tips and combining them with the ones I shared in the other article will give you a much better chance of getting him to open up and tell you that he likes you. It will even make you more attractive to other men as well. Win-win.