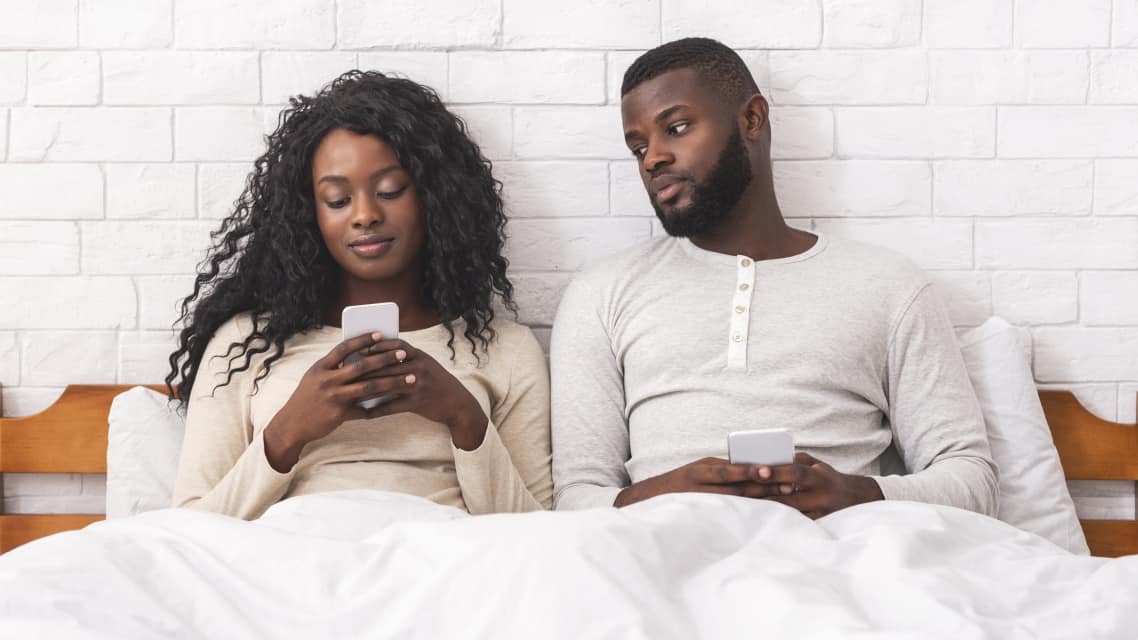 Every now and again, we do things to make those we care about or want jealous. It’s, unfortunately, part of human nature. We erroneously assume that their being jealous of us somehow increases our value in their eyes.

This is something that plays out over and over in romantic relationships where the boy or girl will flirt with other people just to get us jealous so we will work harder to get them to like us.

This has been a strategy overly utilized by high school kids and unfortunately, it barely changes as we get older.

Personally, I think it’s very juvenile and hardly a strategy that will work in the long term. However, it’s still a strategy that most people employ and as such, I feel that I should answer this constantly recurring question from most of you: “how do I make him jealous?”

Read: 5 Genius Ways To Get A Guy Begging To Be Your Boyfriend (These Are Powerful)

A GUIDE TO MAKING A MAN JEALOUS

“You can only be jealous of someone who has something that you think you ought to have yourself.”

The first thing I should say is that, for you to make him jealous, you need to hold some kind of value in his eyes!

If he doesn’t consider you worth the trouble, then all this will be for nothing. He simply won’t even notice that you are trying to make him jealous.

However, let’s assume that you think (I say think because most women assume that they hold more value in a man’s eyes than they actually do) you hold value in his eyes. How do you go about making him jealous so he can commit more to you?

To answer that question, we first must dissect the concept of jealousy altogether.

There are two main types of jealousy that men typically show:

For your “making him jealous” game plan to work, you first need to know which type of jealous he is in reality!

Here is a video showing you a few tricks that will help you to get him to reveal his true feelings for you so you know which kind of jealous he would be once the games begin:

Read: How to get a guy to open up and tell you he likes you

SO WHAT DOES JEALOUSY MEAN?

“An emotion designed to warn us that a threat to our advantages or resources is at play.”

This is why even if he doesn’t want to date you he still wants you as an option. What you need to realize is that just because he acts jealous doesn’t necessarily mean that he wants to date you or to commit.

It could very well mean that he just doesn’t want to lose you as an option and will, therefore, fight to keep you and your assets in his corner.

Read: He Likes You But Does He Appreciate You? Here Is Why Not…

Granted, sometimes he may actually be jealous because he does want you and is truly scared of losing you. More on that a little later…

WHAT DOES IT MEAN WHEN HE DOESN’T FEEL JEALOUS?

Read: How To Truly Get A Man Obsessed. Women Give In Too Easy To This.

WHAT MAKES A MAN JEALOUS?

So what does make a man jealous? How can you make him absolutely obsessed with you?

HOW TO MAKE A MAN JEALOUS?

Now, assuming you know that he likes you (at least enough to want to keep you around or to continue to have access to you in the hopes that it will lead to something more), here are some tips on how you can make him jealous:

Again, these only work if you actually have value in his eyes!

MAKE IT COST HIM

You need to make him realize what he is losing. So, what is he losing?

Remember, these are all things he considers to be of value to him. They are what you bring to the table as per his reckoning. So some of them might not be of value to you but you can use them to your advantage.

Once he realizes you are taking these things away, he might want to sit up and start paying a bit more attention. You know, he will:

That is when you introduce the threat.

By inserting a threat, I mean that you are making it seem as if you are giving your resources and assets to someone else. Here are some good examples of threats:

That last point is about more than just getting a man to be jealous. If you want to stop having these kinds of issues (you know, wanting to learn how to make a man jealous) just invest in improving yourself.

These are all things that will attract him and other men. Once he starts seeing that you have that social proof of your value increasing, he will want you more.

Read: How To Get A Guy To Take You Seriously When You Pull Away

GET HIM TO INVEST

Now, to be clear, you can only do this once you increase your value in his eyes and that means that you need to understand what it is he finds valuable.

This is where the game becomes a bit tricky because the ball goes back to his court. However, if you did the first two things correctly then your value will have been raised exponentially in the eyes of many men (maybe even including him) by this point.

Let’s assume, however, that you are not interested in all the other suitors and just want him. What do you do at this point?

Once he realizes that your value has increased, and not only in his eyes, he will put on his game face and start wanting you back. This is where you have to make him invest in the relationship.

Clearly lay out a succinct list of what you want going forward. This is when you tell him that he can only come back if:

This list is very subjective but the fact that you are at this stage means that you have successfully made him jealous and there is a very good chance that he might actually stay.

128 thoughts on “ULTIMATE GUIDE TO MALE JEALOUSY: WHY AND HOW MEN GET JEALOUS”