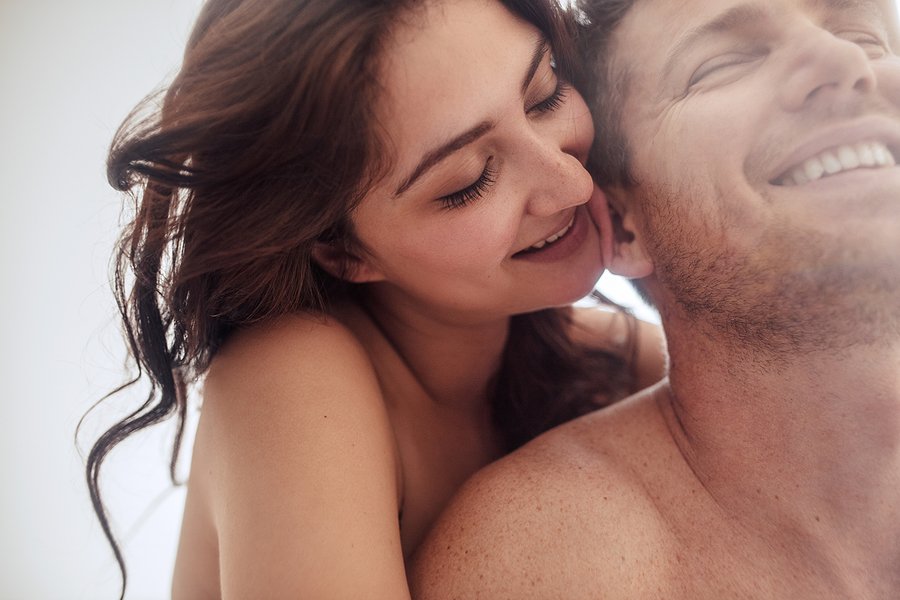 We all have different interests, kinks, comfort levels, and experience when it comes to sex. Things that will turn you on may not turn on others. However, the beauty in it all is not only the acceptance and open-mindedness of these different things but also exploring them. I personally like the idea of being called “Daddy” during sex. For me, I think it comes from the idea that I like having no boundaries and a willing partner who is up for different things. In this article, I am going to go over what I know about men and why we like being called Daddy.

Why Do Guys Like Being Called Daddy During Sex? 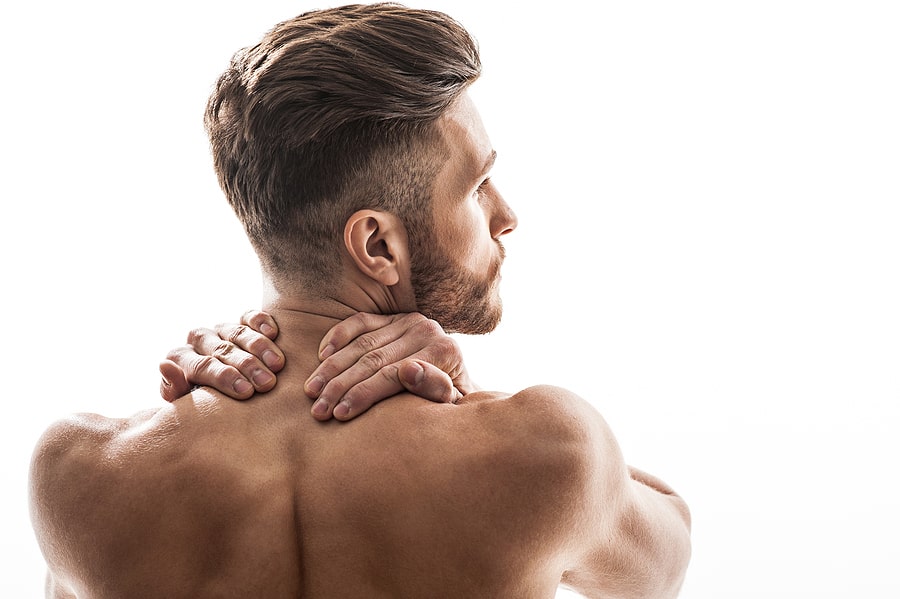 Guys like being called daddy during sex because it stimulates their brain in a more instinctive way by complimenting important evolutionary traits like dominance, an abundance of resources, status, and power. That is why some men have sexual kinks that involve aggression, being rough, and tying you up.

It is easier to understand if you look at things from an evolutionary perspective. The job of every organism is to survive and reproduce. At least, that is how our brains are made to think in order to successfully pass down our DNA in the case of offspring and continue living as a species on Earth. To do this, you have to have traits to survive (power, strength, resources, status, and so on) and traits that are appealing to someone in order to want to reproduce with you (health, strength, provider, satisfier, and more). In my opinion, “Daddy” is the perfect word to sum all that up.

It does not mean you like your father. I think that comes from more Freudian Psychology which has always been hard to measure. Humans are so complex that it is never one thing that pinpoints why we do the things we do.

Does Calling Him That Mean I Like My Dad?

Not at all. I truly believe people overthink this because of how taboo it is. Think of it like this, you call each other baby don’t you? Does that mean you like babies? Of course not! It’s just a term of endearment. You may argue with:

You feel that way because that is literally the definition of Taboo:

It’s okay to feel what you’re feeling. It doesn’t mean you love your dad. It just may feel weird because you feel guilty due to it being taboo. Here is a list of other Taboo things that people often do:

What Are Other Reasons Men Like Being Called Daddy During Sex?

They’re Experiencing Something New With You

I always preach to my clients that one of the best things you can do in order to build attraction with a guy (or anyone for that matter) is to try and experience something new with them. Whether that is participating in a challenge together, going through the ups and downs as a couple, traveling, learning new hobbies, or working out together, it creates a stronger bond. This is no different. If you two are not sexually experienced or one of you are and the other is not, this kind of stuff if never done before is a “first” with each other.

I can’t tell you how many times I have my guy friends come to me saying how amazing this girl he is talking to in bed is because she loves to do XYZ. It’s fun, new, and exciting to him. At the same time, I have female clients come to me and tell me how they just got a divorce a year ago and their husband is the only man they been with until this last guy and how different and dominating he was. She would go on to explain how she’d be married to her husband for 15 years but never tried the stuff that she’s currently doing with her new partner.

That stuff sticks out of the mind like a sore thumb. It’s good to experience new things with a partner and I think sexual fantasies is a good start. 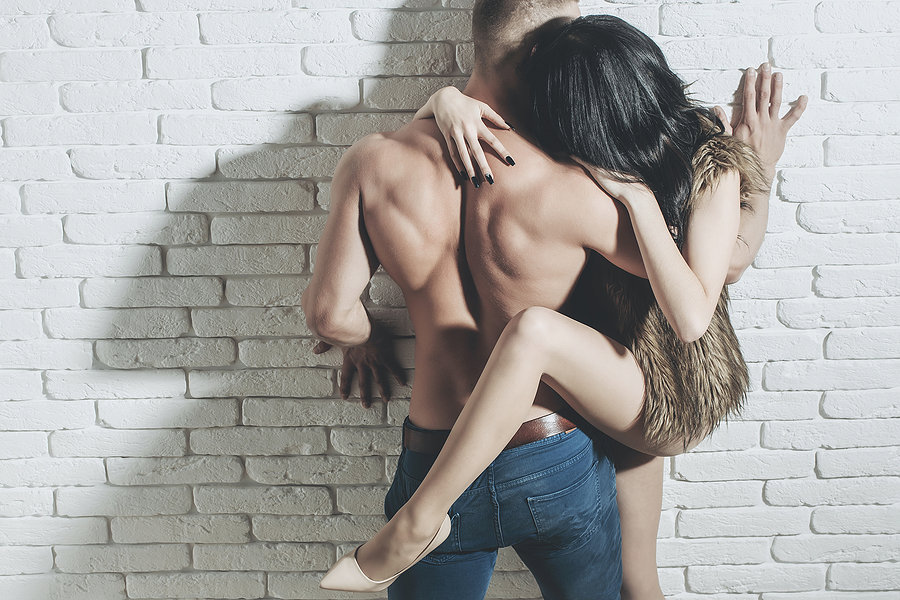 It gives a guy validation in multiple ways. For one, you calling him that could be you opening up, trusting him, and showing how much you like him. It could also make him feel like he’s providing for you as the masculine role, something very important to men.

As men, we strongly correlate our self-worth in our purpose/mission and what women think of us. If we cannot attract women, by definition, we are sterile. Calling him this is a clear sign in his mind that he likes you, is satisfying you during sex because you’re trying different things, and obviously, he is going to assume you’re having sex with him and calling him names because you’re turned on and interested.

It Increases The Mood And Makes Him Feel Experienced

No one likes boring vanilla sex. This is going to be controversial and I don’t want to pressure anyone into doing anything they’re not comfortable with but just because sex feels good doesn’t always mean it’s fun. Sex is about connection, chemistry, emotion, experience, and exploring untouched boundaries. Things like name-calling, aggression, roleplaying and having sex in different locations add a whole new layer to the attraction scale when it comes to sex.

I tell my guy friends and clients (not suggesting, just telling them my opinion) that I truly believe both sexes can easily become better and more appealing in the bedroom if they’re more open-minded and willing to try new things instead of hooking up constantly in the same 2-3 positions you always go back to.

I am not saying give yourself up to a man if you’re not comfortable doing so. I am not saying you should be submissive and deal with it. He should be very intuned to how you feel and act in your best interest. However, the sexiest thing a woman has ever done was lay back on the bed and say, “Do whatever you want to me” and actually mean it.

Again, you don’t have to do that and I hope that doesn’t make you feel pressured in stepping out of your comfort zone. That is just MY experience and I bring it up because I think it heavily relates to why men like being called Daddy. It’s taboo, unknown, and shows a willingness to please.

That is my take on why guys like being called Daddy. It is an instinctual thing that touches deeply on an evolutionary drive where the guy is being told he has the traits to survive and reproduce. It shows interests, it’s taboo, and make him feel like a provider and satisfied. Do you agree with my take? Let me know in the comments below!

10 thoughts on “Why Do Guys Like Being Called Daddy During Sex? An In-Depth Look”