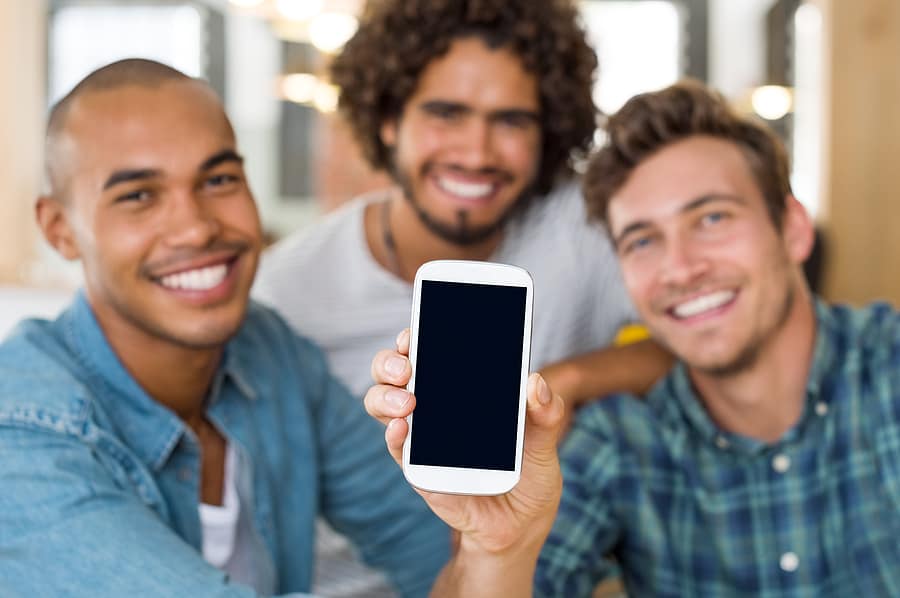 I am not going to lie; I have done it before.

There are times I reached out to a woman and 5 minutes later when she replied, I picked up the phone, glanced at it, and put it back down without replying.

Am I a piece of crap? Well, I wouldn’t go that far. But I do admit it was wrong. And in this article, I will tell you why a vast majority of men do it.

Why Do Guys Text You First Then Ignore Your Reply?

When a guy text you first then ignores you, it’s a clear sign that he was reaching out based on convenience. Ignoring you means he momentarily wanted attention due to being in the mood or boredom.

I constantly tell my clients all the time:

It’s important to understand logic and context in this situation. When a guy reaches out and responds to your reply, that is a sign he’s interested because he initiated the contact.

When a guy reaches out and texts back 5 minutes later to get no reply, there may be a problem. You could assume he’s busy and just forgot. That does happen, but as I said, when a guy likes you, it doesn’t matter. He finds time for you. He just reached out to you! That means if you wait and he never replies or replies hours later, there is a problem.

When you look at the context and not just the fact that he’s not replying, you can get a more precise answer:

If you answer “Yes” to any of those questions, it is safe to assume one or two things:

Unfortunately, both weigh heavily because the guy isn’t as interested as you and isn’t looking for a relationship.

MUST-READ: Why Do Guys Ignore You All Of A Sudden?

When I ignored someone, it was usually me being bored or in the mood. 5 minutes later, when she responds, I am already occupied with something else that I didn’t care about. I know that sounds horrible, but it’s the truth.

Many men don’t respond because of the amount of effort they have to put in for something they don’t care much about. Again, I know this doesn’t sound good but let me explain.

I tell my clients all the time:

Attraction is like currency: the more you have, the more you can make him do. Focus on building attraction and the relationship will come.

When I ignored someone, it was usually me being bored or in the mood. The reason I am bringing this up is it falls in line with the amount of effort a guy is willing to put in:

If he wants a relationship, he is going to put in the effort. If you’re a thorn in his side, he’s going to ignore you altogether. If he doesn’t want a relationship, but you’re still around, you will be his FWB or used for convivence.

Here is what that looks like in a clearer sense:

If you to check out my course that will guarantee improving your odds and attraction with men, you can check it out here.

He Ignores Me And Reaches Out For Convivence. What Is He Getting?

What he gets from you is dependent on what he wants, what he can get, and what void he’s trying to fill.

A lot of the time, it’s mostly sexual stuff. You may be one of these women who come to me and say, “But Elliot, he hasn’t had sex yet and/or I told him he’s not getting it unless he commits.”

Good for you! That is how it should be when it comes to a guy who isn’t sure about you. However, there are more reasons a guy will reach out to you. It could be for:

Ladies, it’s very easy to tell if a guy likes you or not. Sadly, if you’re reading this article, I am going to say it’s safe to say that he’s not interested.

People tell me all the time that if he’s not interested, then why is he reaching of in the first place? Why can’t he just let me go?

Because he’s a cruel dude and still want the benefits you offer. Listen, I don’t care about all that nice stuff he did in the beginning. I don’t care that at one time, he told you he loved, initiated all the time, wanted to see you, cuddled you every night, introduced you to his friends, talked about a future or trip together, and said he was so lucky to have you. If it’s contrasting how he’s feeling now, he’s out. He’s not interested. Trust me.

If a guy texts you and then ignores your reply, that is a clear sign that all the nice stuff he did in the beginning should not be taken into consideration anymore.

How Do I Call A Guy Out For Ignoring Me And My Text?

What makes this even worse is the whole concept of hope and availability. When a guy does this several times and you reply, it shows him you’re not going anywhere.

The way I would approach it is:

If it was me, I would ignore the guy the guy yourself. He doesn’t deserve your explanation on why you’re ignoring him. He can take the hint. All he has to do is spend a little more time observing you and the situation instead of taking you for granted.

Now here is the hard part: I wouldn’t go back to him.

The thing a lot of women don’t understand is that if a guy is doing this stuff to you, you can’t turn it around. The effort you’d have to make in order to do that is conflicted with the fact that the effort you make shows strong signs of interest.

You may think, “Well, I will just ignore him then and if he proves himself to me and starts chasing, I will make a decision.”

To wrap this up, a guy who texts you first then ignores you is doing it based on convivence and has no intentions of getting into a relationship. If he does it once, okay. Give him the benefit of the doubt. Other than that, call him out and then leave if it happens again.

542 thoughts on “Why Does A Guy Text You First Then Ignores You When You Reply?”