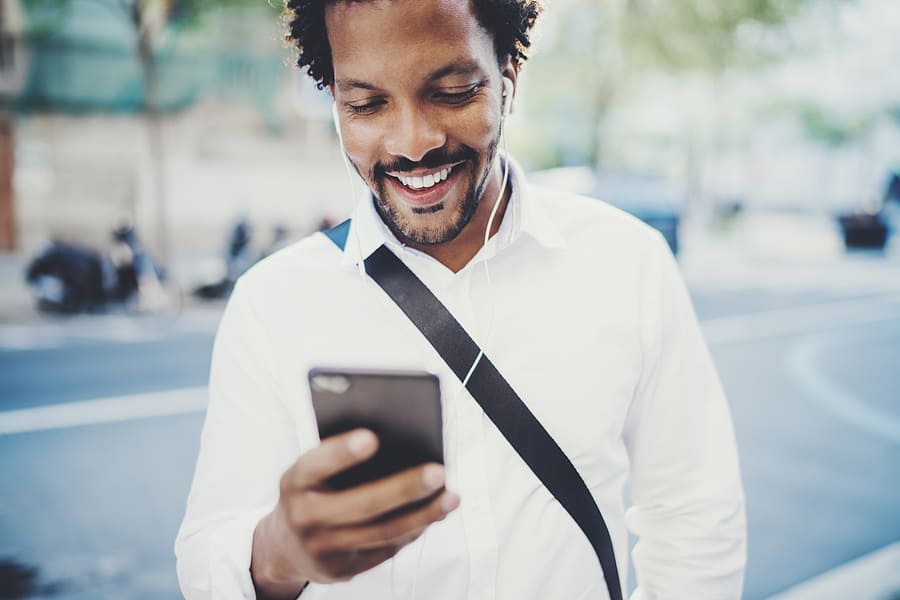 We all have been ignored by someone we care about. Whether it’s a family member, friend, or loved one, it is a horrible feeling. It’s a feeling we want to end immediately. To do that though, we have to know why we are being ignored and from there, come up with a plan on how to get the person to invest heavily in you again. In this article, I am going to explain in detail how to get someone to stop ignoring you and to give you a ton of attention.

How Do I Get Him To Stop Ignoring Me?

Before we get into detail on getting me to stop ignoring you, I do want you to know the most basic but truest method:

If a guy is not willing to talk about what is wrong, you can get him to stop ignoring you by cutting him off completely. If you stick around hoping he will reach out, he won’t fear losing you and there is no catalyst for him to change. You NEED to create an opportunity for him to miss you.

The Top Mistakes I See Women Make When Trying To Get Men To Stop Ignoring Are:

Don’t get me wrong, I totally understand and no one likes being ignored. If you didn’t take a deep dive headfirst on the crazy end of the pool, he should at least be a decent human being and tell you why he’s pulling away and ignoring you. If he doesn’t though, you need to start thinking about an exit strategy.

MUST-CHECK OUT: My Course Attraction Academy!

Don’t be one of these women sticking around hoping things will change. He’s going to take advantage of that hope and even be a little thrilled that you’re still after him despite him having all the power and taking you for granted.

Instead, there needs to be a consequence for his actions!

Otherwise, what is the reason for him to change and reflect on the decision he has made? You must create that opportunity.

Not only that, why in the hell would you want the attention of a dude who ignores you? Do you really think it won’t happen again? Sadly, it will.

Doing what I say in this article WILL give you the best chances of him reaching out to you but that doesn’t mean he won’t do it again. People don’t change as drastically as we like to think. Reading this article and applying things isn’t going to erase the initial reasons why he ignored you in the first place. That is going to be a lesson you’re going to have to learn the hard way for wanting someone who treats you horribly.

Step 1: Find Out Why He’s Ignoring You By Asking, “What Is In It For Him?” 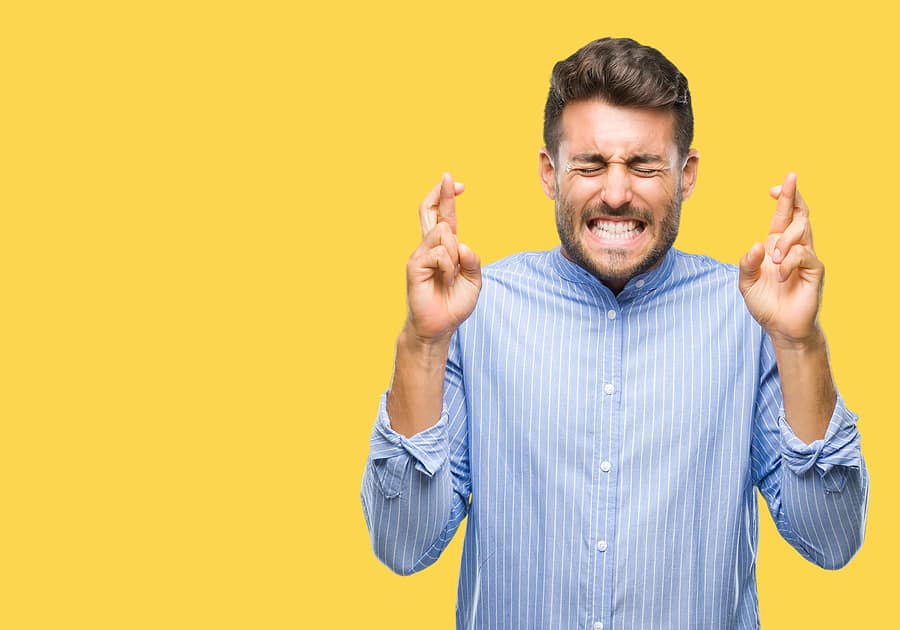 I have a great 3,000-word article right here that goes into detail on why he’s ignoring you.

However, a lot of the time, it’s easy to find out why he’s ignoring you if you look at things from a more economical perspective.

If there is NOT value in it for him that is worth the cost AND he believes that some type of drama will arise, he is going to ignore you.

I am not saying that is the most moral thing to do but it is the most logical. If he knows he’s done with you, yes, an explanation would be nice. Yes, he should give you some clarity. Logically though, if a guy knows that you’re going to try to convince him to stay, you two are going to fight, and so on, he not going to want to invest the resources to put out the fire (time, energy, effort, etc). He is just going to cut it off altogether.

If I ignore a woman, it’s because:

If you can’t see the similarity between these 3 things, it’s that you need to step back.

I know you want clarity and I think you should get it. I think you should call a guy out and ask what’s up. But if you see the character flaw in this dude for not giving you that clarity, that is your first sign that you need to leave him in the dust. He’s selfish and doesn’t want anything to do with you. The more time you spend with someone like this, the more it’s going to hurt you.

Anyway, this is all surrounded by the notion that he’s doing what he believes is in his best interest. Sometimes that has morals in it. Sometimes, it doesn’t, It depends on how fed up he is with it all. It ALWAYS HAS LOGIC THOUGH.

MUST-READ: Why Does A Guy Tell You He Loves You Then Ignores You?

Let me give you an example of what I mean by value vs cost.

Let’s say the guy wants to sleep with you. That’s an asset. He finds you very attractive, wants to have sex, hasn’t had sex since he pulled away from you, and believes that if he comes back around, he can’t get through your defense. However, he knows that if he comes back around to have sex with you, he is opening that door again where you can get attached. He knows you’re going to ask questions if he’s sticking around for good this time, he knows you want to make it work, and since he doesn’t drama will arise. These are what I call cost

Because of all those “costs” for him to just come back for sex, he knows it’s not even worth it and rather just pull away instead. He doesn’t want to deal with any of it.

This is one of the most common reasons a guy pulls back. He realizes you two are on different pages and that coming back around has no long-term benefit for neither of you. If it’s not that, it’s something in terms of drama.

Knowing this is important for Step 2.

If anything, Step 1 is important to know for general purposes.

MUST-READ: The Ultimate Guide On Men Ignoring You. Why He Does It And What He’s Thinking

Step 2: Move On But Show You Moved On 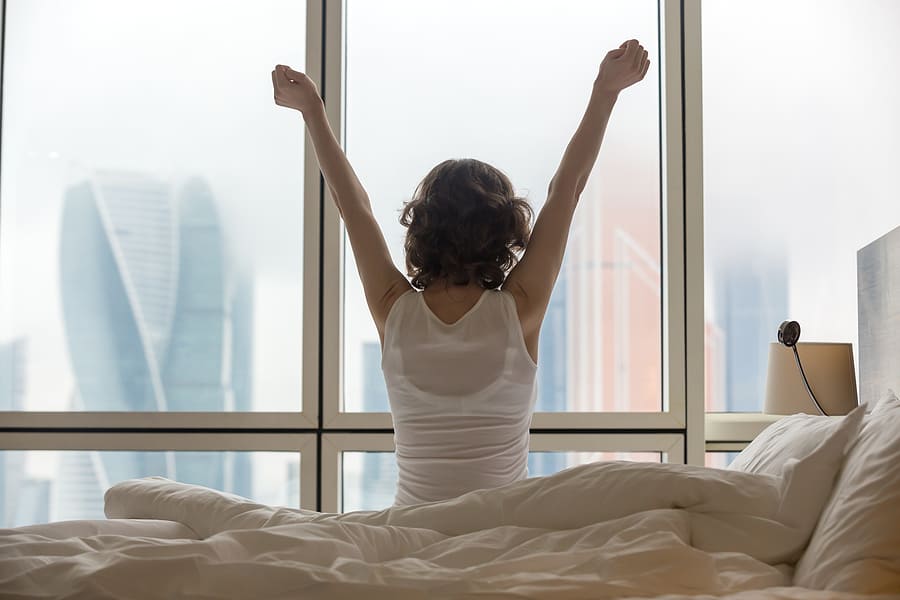 I know you want some substance with that answer. I know you may need a little more convincing but you got to put yourself in a position for him to freaking miss you.

I have never missed a girl in my entire life who hovers.

Because I know you’re hovering. You all make it obvious and in the meantime, I and doing my own thing whether that’s talking to other women, swiping on apps, or just taking a breather. No matter what I am doing, I see you waiting around with hope.

“Hope is the anchor that keeps you at shore”

That quote is the truest thing I have witnessed in my coaching career. I felt it myself when I was trying to get over a girl over a decade ago. It took me SEVEN MONTHS to even think about another girl because I had this mindset where I thought:

“Maybe she’s just confused. I know she likes me. Just give her some time. She will realize how great of a guy I am especially since I treat her well.”

I was too nice. I didn’t know my own value therefore, she took it for granted. I know to this day that if I had a different attitude about it and acted in unison, she would have come back.

My eagerness killed the attraction. The same thing is happening to you.

Trust me, if you two have dated 8 weeks or went on 8 dates and he’s not committing after that, he has no intentions to. If you stick around hoping he’s going to change, you’re going to be in a world of hurt.

Instead, pull back. Move on. Hope the best for him because he deserves to be happy too.

I have been there.

What I am telling you here makes the difference: if you want to keep him on social media to see your fine ass, go ahead. NEVER initiate though. You’re done. Even if he does reach out, I would be hesitant to say anything. Be cordial and keep it simple. Just because he comes back around doesn’t mean he wants a relationship.

MUST-READ: Why Does A Guy Text You First Then Ignore You?

Step 3: Let Him Come To You (You Heard Me Correctly) 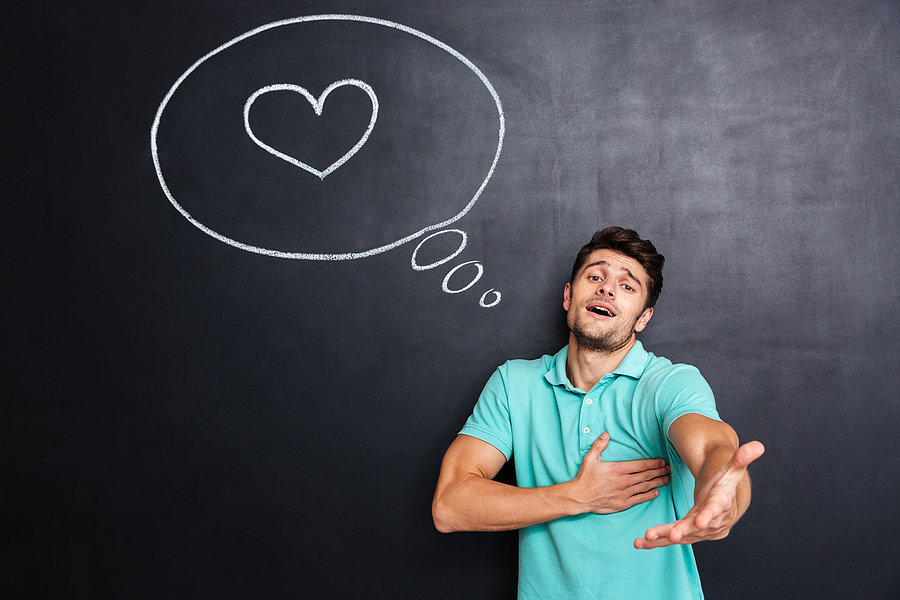 Let’s say you pulled back and took my advice. You realize you need to move on because it’s what is best and healthiest for you.

All of a sudden, he starts reaching out and blowing up your phone. He hasn’t talked to you in two months. Why is he asking how you’re doing?

If this has happened, it’s due to the first two steps working in unison:

Ladies, PLEASE don’t get this confused:

If you think he came back around because he realized how much he loves you, you’re a fool. That is the last thing on his mind. I always say:

“If you hear hooves, think horses and not zebras”

That basically means think of what is most logically the reason for what is happening. Don’t go to these elaborate assumptions that after two months of being out of your life, he wakes up one day and realizes you’re the one. That’s not going to happen.

You’re prequalified. He knows that you like him, wanted him, and hooked up with him so it’s easier to do it again with you than with someone else. And if you two ended on decent terms, the “cost” of coming back around wouldn’t be so bad. Hence, he coming back around.

The moral of the story is: if a guy puts himself in a position to lose you and/or ignores you, you may want to start looking for someone else. These guys don’t value you and the fact that they only “value” you after losing you says a lot. You’re an insurance policy to them.

As a high-value woman, you need to get that shit out of here.