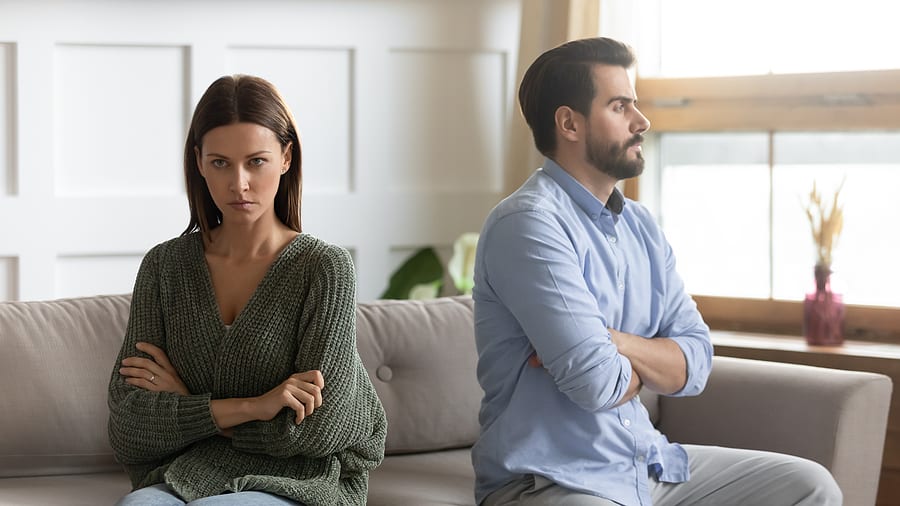 There are a lot of reasons why men do the things they do. Most of the time, they’re confusing and don’t make sense. For example, one day a guy will tell you he loves you and then ignores you the next.

What gives? Why is he ignoring me when he once told me he loved me? Did he ever love me?

In this article, I am going to explain what it means when a guy “loves you” and ignores you.

Is It True Love When A Guy Ignores You?

Absolutely not. True love is NOT when a guy ignores a woman. A guy who truly loves you won’t put himself in a position to lose you and take the chance of you not being a part of his life. There is no good reason for him to ignore you.

I don’t know where women get this idea that a guy loves you and then ignores you. It’s crazy if you ask me.

I don’t even think a guy once loved you if he’s recently ignoring you. That is such a large gap to make and usually, when you’re truly in love, you’re stuck in there for a while. A woman can make many mistakes and if a guy loves you, he will put up with a lot of it.

Men Who Love You Provide, Not Ignore

It’s a man’s job to provide for a woman and satisfy her. There was a book once read that today, would be politically incorrect but from an evolutionary perspective, they are 100%:

I know that is objectifying to hear but it’s very accurate when it comes to attraction.

A man WANTS to provide for a woman if he loves her. He wants to fulfill is evolutionary role and satisfy you. He wants to make sure you’re happy.

How does ignoring you, a girl he “loves”, solve anything?

And I am sure you’re making excuses for him:

Listen, a guy cannot ignore a woman he loves.

There is simply no evolutionary advantage to a guy ignoring you. The more you want to know about men and why they do what they do, you need to either ask yourself “what is in it for him” or get a very in-depth look by checking out my course Attraction Academy.

MUST-READ: How Long Does A Man Pull Away For Before Returning?

MUST-READ: Why Do Guys Tell You They Love You Then Ignore You?

From an evolutionary perspective, that is the worst decision he could ever make. He’s putting himself in a position to lose you. Why would a guy invest heavily in a woman and then ignore her? Even if he’s mad at you, it’s better to solve the problem than to lose you.

Why Is He Ignoring Me? Did He Ever Love Me?

I am going to be a little harsh and say he never loved you. I think a lot of people throw that term around today that it lost a lot of its meaning. Not only that, it’s easier to explain the situation you’re in if you believe he didn’t love you.

I constantly tell women that how he is treating you now reveals how genuine he was with his actions and words back then. That means, if he told you daily that he loved you yet he’s treating you like shit right now, how much did he actually love you?

This is highly overlooked. If a guy makes that drastic of a change, he didn’t care that much to begin with.

MUST- READ: How To Get A Guy To Stop Ignoring You In 3 Easy Steps

So why is he ignoring you? Well, there can be many reasons:

Yes, I know he said he loved you. Yes, I know things were great up to this point. I still don’t believe it. In my line of work, I see this all the time. That is no exaggeration. I hear this ALL THE TIME.

For some reason, women think their situation is unique and it’s something I haven’t heard before. They think their man is different than other men in the world because what he’s doing is not what other men did to her.

I have seen it all. I feel a lot of guys lovebomb women due to their own insecurities. He knows you want a relationship and he may even like the idea of having one with you too! But over time, context builds up and when it starts to feel like a relationship to the point where he has to commit, he freaks out.

“But Elliot, we were in a relationship.”

Okay, that’s fine. But if he’s ignoring you right now, he didn’t love you. Men are providers. So either he’s less of a man or doesn’t care about investing his resources in you.

I know it feels bad to hear that he never loved you but as I said earlier, that is such a huge gap to cross. A guy loving you one month and then ignoring you the next is NOT NORMAL.

Even if you’re the one who caused the drama and problems, wouldn’t it be better for a guy to say, “I love you but we aren’t a match?”

If you caused a lot of the problems, he’s tried to work it out, and he tells you that he loves you but it can’t work, then yes, I will believe a guy MAYBE loved you and is out of love now due to the difficulty of being with you.

However, if that isn’t the case and HE is the one who is acting different while you’re being normal (not perfect but not awful either), then I would say he never loved you.

Let me know what you think. Sorry for the reality check, I know I can be brutally honest at times but isn’t that what you want? Do you want me to be a liar like him? I didn’t think so.

16 thoughts on “Is It True Love When He Ignores You? Did He Love You?”