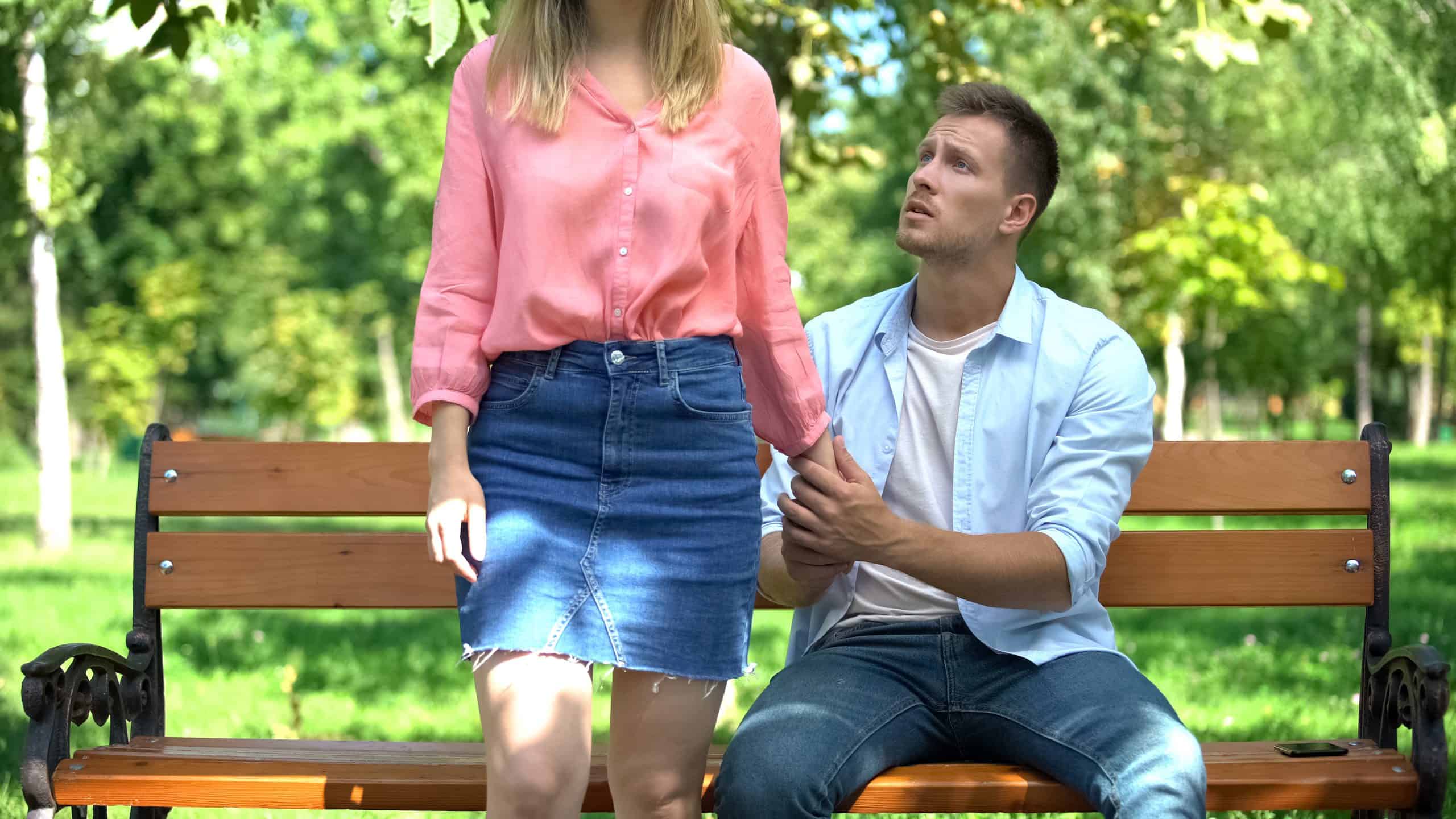 The biggest mistake I see a lot of women make is give their power up to a guy by chasing him when he starts to pull away.

I understand you like him and want to make things work. However, that is the worst thing you can possibly do.

In fact, you are doing more harm to your situation if you start to chase him when he pulls away. It’s not for the reasons you think either.

In this article, I am going to do in-depth on why you should never chase a guy who pulls away in order to get him back.

Here is the the thing:

Once you start chasing a guy who pulls away, he knows he has you. He knows he doesn’t have to make a decision because you’re not going anywhere. You’re outcome dependent and he’s going to take advantage of that.

I have seen it WAY too many times.

MUST-READ: When A Man Pulls Away, How Long Until He Comes Back?

A guy will start pulling away and the woman chase as if he’s the love of her life. There are several reasons a woman may chase:

The reason is only important to you. He doesn’t care hence why he’s puling away. However, it’s important to understand how the dynamics unfold when you start to chase.

It’s important to understand what goes on in his mind.

Why It’s A Bad Idea To Chase A Guy: What He’s Thinking

Guys always go towards what they believe is most advantageous for them. For example, if he wants a relationship and really likes you, it’s in his best interest to invest in you.

On the other hand, if you two are on different pages in terms of what you want, he may back off because he feels he is leading you on which is not in anyone’s best interest.

When he pulls away and you chase, that gives him a lot of advantageous:

MUST-READ: How To Get A Guy To Stop Ignoring You In 3 Easy Steps

If I know that I am in high-demand in your eyes, why would I return? As the guy, I don’t have to make a decision today, tomorrow, next week, or the week after. I am sure if I want you, I know where you will be.

I know that is a little harsh but why shouldn’t he think that? I tell women all the time that:

A guy can only go off what he’s exposed to. He doesn’t make as many assumptions as you all think. You give him the information he needs to make these decisions.

I see it all the time. Women will come to me as a client and wonder why the guy hasn’t returned after 1 month. They tell me the chemistry and sex they had was out of this world. She never had chemistry like this before.

That’s great and all but that doesn’t mean he needs to come back tomorrow.

you need to give him an opportunity to miss you. You need to get him to regret his decision of pulling away. How is he going to do that if you’re not creating it?

By the way, everything I am saying is on top of the fact that the guy isn’t that interested hence pulling away. So you’re lowering your value by chasing a guy who is taking you for granted.

How do you manage to fix that one?!

I can tell you right now chasing him isn’t the way to do it.

I have been the chaser and the one chased. I know exactly what goes through the head on both ends.

If you’re chasing, you’re outcome dependent. You’re looking for results. If you’re the one being chased, you’re either trying to get away from the situation or don’t care enough to invest.

You have to think of it in terms of a negotiation. If you’re chasing and he isn’t, it’s probably not the best time to negotiate anything since you’re in a weaker position. It’s best to wait until he misses you and use that desire to negotiate something later on.

What If He Never Comes Back? That’s Why I Chase. I Don’t Think He Cares

Two things on men who “come back” around:

His returning isn’t (a majority of the time) a good thing. I talk about that here:

Secondly, if he doesn’t come back around: GOOD!!! He saved your ass some time. Might as well be heart broken now than later.

What a lot of women don’t understand is a guy comes back for assets not for regret a lot of the time.

A lot of you think he wakes up missing you and regretting his decision to leave because he realizes you’re the best thing he can ever get.

Not at all. Very rare actually.

And the reason for that is something I touched already above: Advantages.

If I, as a guy, can come back and get the assets I once got from you without committing, wouldn’t I try to do that first?

Why would I go from pulling away, not talking to you for a long time, then coming back around and suddenly wanting a relationship? That doesn’t make sense. That’s too big of a gap to leap.

Instead, why not have my cake and eat it too?

Why not talk to you AND other women?

I know you’re probably going to say, “I know that Elliot. I am not going to give him any benefits when he comes back. He has to work for it.”

From my coaching experience, that doesn’t work out as clear and smooth as you think. Guys will come back and bullshit you to weasel their way back in. Guys will also invest in you while talking to other women without you knowing about it.

The only answer you should accept if he returns is that he wants to jump into a monogamous-exclusive relationship. Anything else is a waste of time and the advantage goes towards him. It’s too risky.

Well, let mw know what you women think. Do you chase? Do they ever come back?