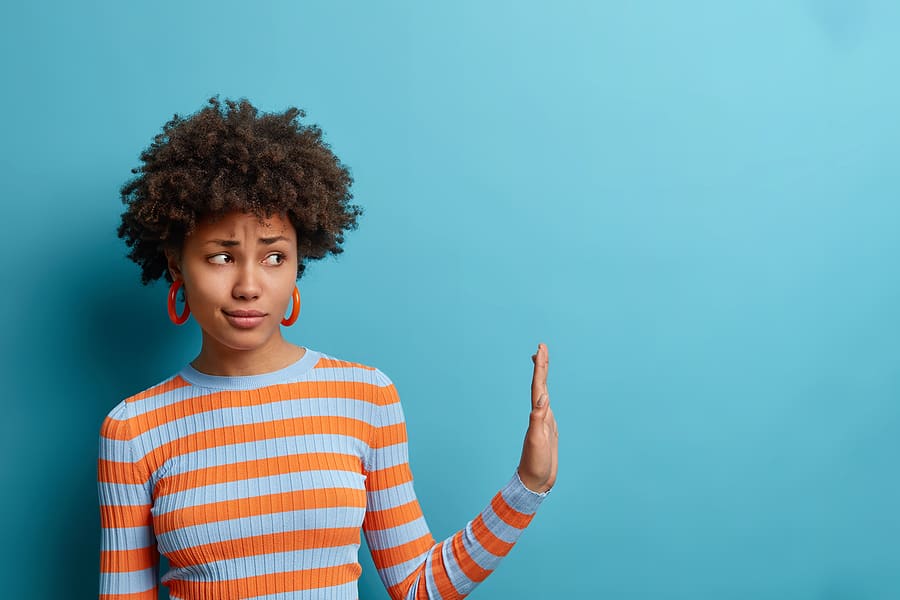 I have been the guy who ignores a woman because she took me for granted and I have been the one ignored for not giving her the attention she deserves.

The truth is, ignoring someone can have very powerful effects if done correctly and on the right guy.

In this article, we are going to go over the idea if ignoring a guy really works in making him want you back.

Does Ignoring A Guy Really Make Him Want You More?

Yes, if the right guy who wanted a relationship took you for granted, ignoring him and giving him an opportunity to miss you may have him crawl back after seeing what his life would be like without you.

Another good thing (kind of) is that even if the guy doesn’t like you, he can still come back around if you pull away. However, it may be more for the assets you offered instead of actually wanting a relationship with you.

In my opinion, a guy who likes you wouldn’t put you in a position to ignore him. A guy who TRULY likes you and wants a relationship will want to hangout often, have the relationship progress, and move towards something more serious.

If that’s not happening, he either:

At the same time, if a guy DOES come back only AFTER you pull away, does that mean he misses you or the assets?

If you hear hooves, think horses not zebras

The above quote perfectly sums up my teachings in one sentence: What is most logical?

If he is taking you for granted PRIOR to pulling away and only shows effort after you ignore him, how much did he actually like you? He not only put himself in a position to lose you, he sees your value after not talking to him. I would assume then that he misses the assets you offer him.

Just to be clear, assets can be many things. A lot of women think assets are just physical/sexual. Assets can include:

I tell women to not assume that a guy who was taking you for granted and not talking to you for a bit suddenly wants a relationship just because he came back around after you ignore him.

ignoring a guy is a consequence of not meeting realistic standards. It’s after you talked to him about something and still taking you for granted.

He doesn’t owe you anything. Women don’t like when I say this but just like he’s not entitled to you or your body, you’re not entitled to his resources. He CHOOSES who he wants to invest in and if you choose to take his offer in courting you, the courtship begins.

From there, I think the courtship should have a mutual unwritten agreement where I think logical and basic things should be involved such as consistency and effort for example.

I think a woman should call a dude out once that term has been broken. I am not saying you need to hear from a dude every day but if he’s not making any effort and going days without talking to you, I think it’s okay to address it. If it keeps happening, it’s only respectful to yourself to see your way out.

What If I Ignore A Guy Who Likes Me? Will It Make Him Want Me More?

if you ignore to just ignore a guy and build attraction, congratulations. You’re the definition of dramatic.

But to answer the question, yes. I think if you ignore a guy who likes you, you can positively change the outcome in your favor (sometimes). I think excluding yourself from his life (only after you make it clear what your standards are) can make him realize he’s lost a good woman.

I am hesitant on saying this though. I feel a lot of women don’t have a good grasp or understanding of what their situation really is. I think a lot of women think their guy likes them a lot more than he really does or that the guy is a player up to no good. My course Attraction Academy will help tremendously with this.

Why Does Ignoring A Guy Make Him Want You More?

It’s all about regret. It’s the harshest feeling I think a human can relate to as it feels like it’s completely our fault. It also has a lot to do with assets and losing those assets to other men or altogether. I talk about it in this article here:

MUST-READ: How To Make A Guy Jealous In A Long-Distance Relationship

A better way to think about it is:

What if you don’t ignore him and never pull away? What will happen?

Do you think things will magically change? of course not! If anything, he’s going to take you for granted even more to the point where there is no value left.

It will get to the point where he doesn’t even fear leaving you because your actions have shown him you’re willing to put up with his bad behavior. If you never pull away, how can he regret losing you? How can he ever miss you?

It’s all about standards. You teach people how to treat you. You must give him an opportunity to miss you at times. That does not mean be dramatic and pull away to just pull away. But if you’re ignoring him because he can’t meet basic standards such as being consistent or taking you for granted, that’s not fair to you. You need to leave.

Trust me, leaving him and making him regret how he treated you is a much better option than you sticking around in hopes he will change because…

HE WILL NOT CHANGE!

Why in the heck would he change? you need to remember he’s acting the way he’s acting right now because:

That means you need to call the dude out and then ignore him if he doesn’t straighten up.

MUST-READ: Ultimate Guide On Getting Guys To Chase You And Beg To Be Your Boyfriend

Please for the love of God don’t be one of these women who stick around hoping he changes. That in itself doesn’t create change and you’re doing more harm than good because you’re conditioning him to treat you this way.

You pulling away not only shows standards, but it also shows him that you can do better and deserve better. He needs to know his actions are not okay. Ignoring him will create a catalyst for change because there is a risk of losing assets (you and what you offer).

14 thoughts on “Does Ignoring A Guy Really Work In Making Him Want You More?”