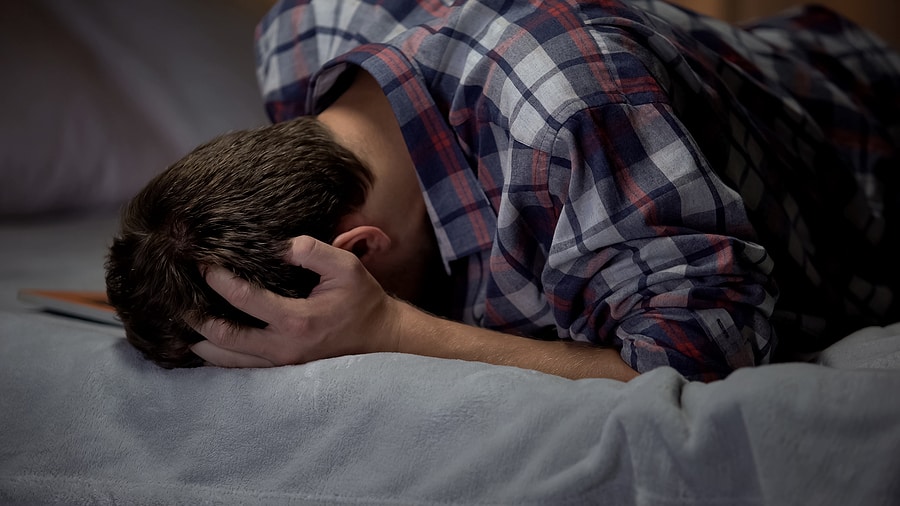 There are times where I thought I fell in and out of love with a woman. I am sure she thought the same due to my inconsistent actions towards her. I feel bad for her which is one of the reasons I am writing this article.

I don’t want you making the same mistakes waiting for a man to love you completely. I am going to talk about what I realized about myself and other men who fall “in and out of love” with a woman.

Can a Guy Fall In And Out Of Love With A Woman?

No, a man can’t fall in and out of love with a woman he truly is in love with and cherishes. Love is too strong of an emotion for someone to have the ability to go back and forth on how he feels. A man can love you and act the opposite but he can’t go back and forth numerous times in terms of his love for you.

I understand love is subjective so this could be controversial. I hate when people outside my relationship say that I do or don’t love someone based on me doing XYZ. Love to one person can be hearing “I love you” while to another it could be cleaning the house.

The main reasons I say you can’t fall in and out of love is:

I tell my clients that if a guy is acting like a fool now, he could have liked you but not loved. Or if he did love you, he doesn’t now. He can’t flip back and forth 15 times on each side. That doesn’t line up with what love is:

Yes, people can fall out of love but love is enduring. The fact that you can flip in and out of it doesn’t make sense. I ALWAYS SAY:

What that means here is I rather chalk it up to something else than a guy falling in and out of love with you:

MUST-READ: Is True Love When He Ignores You? Did He Ever Love You?

I feel love is not only more enduring but more stable too. You can have ups and downs as a couple and you can fight often. But when you love someone, you can fight and make it up pretty quickly because you know it’s not worth losing the person.

With all that being said, I am not saying once you love someone you can’t fall out of love. You absolutely can. People change and grow and the person you fell in love with isn’t the same person anymore. BUT if that is the case, you can’t fall in and out multiple times in a month.

I personally think that if someone is falling in and out of love with you that:

First off, if his actions are what you’re going by, you’re an insurance policy and deserve better. If a dude is coming and going, he doesn’t truly value you because he’s putting himself in a position to lose you.

Some of you might say, “It’s not even that. I know he loves me we just fight a lot. It’s even hard for me to be around him at times.”

I admit that can happen too. I believe you can truly love someone but argue a lot. If you do it ALL the time to the point where you are on and off and constantly need space, that just means you’re not compatible. But if that is the case, is that love? I personally believe you can love someone and end up incompatible because life is more complex than just loving someone or not.

I am just bringing it up because I know some people will say you can’t love someone if you keep pulling away and can’t stand being around them.

There is some truth in that too. If that is the case, I would even make the argument that there is someone better suited for him out there.

Which brings me to…

What Causes People To Fall In Love?

Again, love is VERY subjective so I think it’s dependent on the person. However, as a dating coach and a man myself, I have seen 6 common attributes that make men commit and fall for a woman. Some of these are controversial but it’s the from an evolutionary perspective:

If you do all that, have a bomb ass personality, and you’re fun/cool to be around, trust me, he’s going to want to see you more. And he’s likely to fall for you if he’s emotionally available.

If you want to learn how to do all this, I have it in my course Attraction Academy. Yes, I go through ALL OF THIS.

What Causes People To Fall Out Of Love?

I think the biggest thing that causes people to fall out of love is liabilities. I know that sounds bad and I don’t mean liability as in you’re a hazard to him.

I mean it more in the fact that he doesn’t see it worth it anymore.

He may believe his life is better without you. He may be convinced that you’re not the best he can get. He probably believes there is better out there. Maybe you two fight a lot or the spark isn’t there like it once was.

It’s when the assets don’t become assets anymore and the liabilities are still lingering.

Again, I know this sounds really bad. I am cringing while I write this but it’s from my experience as a dating coach. I literally witness this all the time. Almost daily in fact.

That doesn’t mean there is anything wrong with you or him. It doesn’t mean you can’t love again. It just means you two have changed and grew into different people. Maybe you’re not suited for each other anymore.

What do you think? Do you agree or disagree? Let me know below in the comments on why you think people fall in and out of love. I love you all. Take care, and peace!

88 thoughts on “Can Guys Fall In And Out Of Love With A Woman? The Answer Will Surprise You!”