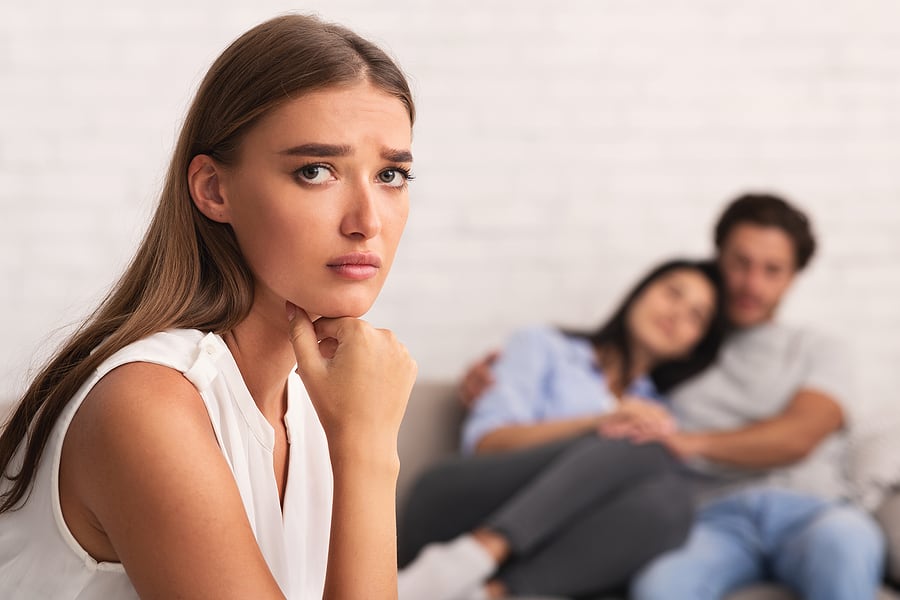 You want to make him jealous but don’t know how because he doesn’t like you? No worries, I can help you out.

Jealousy is a powerful emotion. It can make us do crazy things. In my past when I was jealous, I acted out of character and did things I regret.

Jealousy comes in many ways. You don’t have to like something to become jealous of it. In this article, we are going to go over ways to make a guy jealous of you even if he doesn’t like you or even dumped you.

How To Make A Guy Jealous Who Doesn’t Like You

If you want to make a guy who doesn’t like you jealous, you must show him the assets and benefits he’s missing out on instead of trying to do it by making him emotionally jealous. Men do not like to see other men have something they do not anymore.

MUST-READ: What Guys Truly Think When You Ignore Them

It’s VERY important to first understand what jealousy is:

When I say “assets,” I am referring to the advantages he gets for himself and over other men. These things you can give him include:

When it comes to a guy emotionally being attached to you, that is an asset also because he’s getting validation and the other benefits above from a specific person he enjoys.

MUST-READ: 5 Unavoidable Signs A Guy Is Jealous And Likes You

However, even if he didn’t like you, if he knew you were over him and giving these to someone else, that would put the other man at an “advantage” over him.

I know you may be asking:

“What do you mean advantage? He doesn’t like me so why does he care?”

It’s not so much about liking you as much as it is survival and reproduction.

In evolutionary psychology, the best way to dumb everything down is to say that the goal of every organism is to survive and reproduce. Then from that, you can branch out into other things we talk about if you’d like to make it more complex.

When we mention survival, that means to survive long enough and healthy enough to pass on your genes. While that doesn’t mean everyone in the world wants kids and a family, the brain still thinks that way and that’s why we are attracted to the traits we’re attracted to in the opposite sex.

To dumb this down, a guy’s chances of reproduction ride on the advantages he has over other men to make him look and seem like a better choice compared to other men.

The list can go on and on. What I am trying to get at is a woman’s value comes from more than her looks and personality. It’s the symbol of actually having a high quality woman that other men can’t have.

This happens both ways. If the other guy has you and he doesn’t, and let’s say he has a hard time trying to find a decent a girl like you, regret could creep in ESPECIALLY if you don’t go back to him.

He will start to think:

When it comes to reproduction, that is another asset in itself:

If a guy cannot attract a woman, then by definition, he’s sterile.

Yes, I know the guy doesn’t like you and can get someone else. However, that’s just one way of looking at it.

The other way men look at it is: He’s getting laid or has the opportunity to get laid and in this exact moment in time, I am not.

Guys have this huge comparison complex because they need to in order to “survive.” It’s part of the mating process. If I don’t have something, someone else does.

To a healthy extent, we have to be.

I am sure spiritual gurus and other people will tell you we don’t need it and I DO agree with them with the perspective they’re coming from. However, I do think ego is a natural and instinctive thing built into our system.

When ego gets out of hand and you start to chase things that don’t matter or you have a fragile ego that needs constant validation, that’s a problem.

While a guy may not like you, if he sees the woman he once had, not give a crap anymore and move onto another man, that signals a lot of things to a guy (jealousy for example).

Not only that, when he sees everyone around him with someone while he’s still swiping on dating apps, the ego starts to wonder what is wrong.

The Ego asks questions for the mind to answer in order to justify what is happening, what is wrong, and how to get back on track due to our job being survival and reproduction.

I guess a better way to put it is desires don’t just come out of nowhere. There is a reason we desire the things we desire. A lot of the time, it’s seeing what (from an evolutionary perspective) others have that we don’t.

That means if I don’t have you, then the only other logical thing is someone else can have you. That is one of the reasons why men like variety. The more variety, the more:

Of course, when feelings are involved and let’s say he does like you, the effect would be powerful. That’s due to the scarcity of him wanting you and only you but you’re giving those assets to another man.

When feelings aren’t involved, it becomes more of a comparison thing. It’s no different than what you see with little children who didn’t want a toy but once you see little Bradley playing with it, you all of a sudden want it.

you want it because it brings security because it’s in your possession. If you have it, little Bradley can’t have it which neutralizes any threat to the ego by eliminating advantages.

Does that mean you actually want the toy? No it doesn’t but that doesn’t mean you want Bradley to have it. Men are the same way. Him getting jealous doesn’t mean he suddenly wants you. But it does mean he’s possessive and protective over you or his ego.

Personally, I would not try to make anyone jealous or worry about anyone who doesn’t like you. It’s a waste of time and IT WILL NOT GET HIM BACK.

If anything, he could make you jealous back by actually talking to someone and getting assets from her. If he did that, you will lose 100% of the time because he actually doesn’t give a crap (hence the title of this article) while you like him and have your ego involved. It’s just not worth it.

232 thoughts on “How To Make A Guy Jealous Who Doesn’t Like You (VERY EFFECTIVE!)”