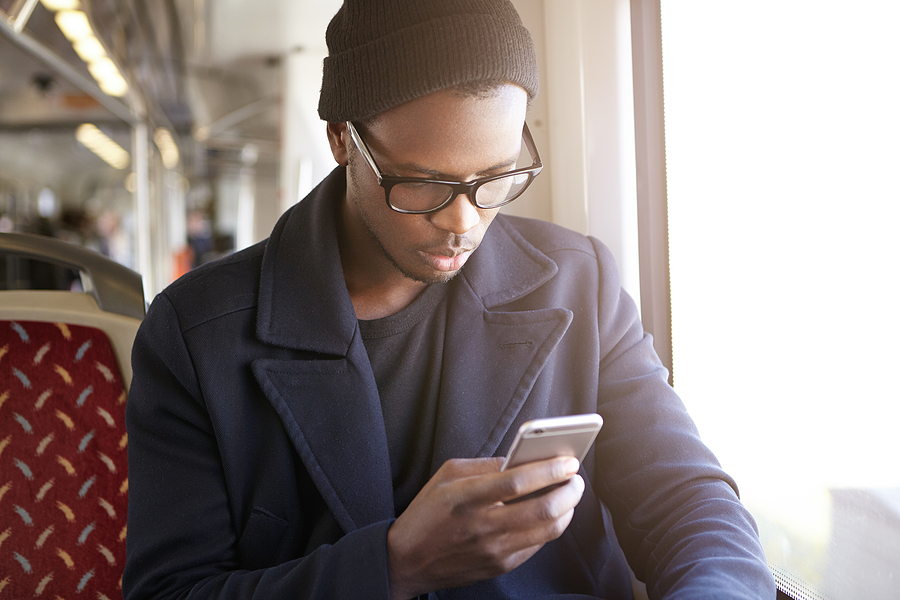 There was a time when if a guy asked for your number you would reasonably expect him to call and ask you out on a date. It would be something polite like a lunch or coffee date to begin with and then go from there. Today, however, if a guy asks for your number, there is a very good chance that you are going to get a naughty text within a matter of hours.

In this article, I am going to go over:

These are some of the issues we are going to explore here to give you a clear picture of what to expect from any one of those hot and seemingly nice guys who asked for your number last night at the party.

Men like sexting because it fulfills their sexual needs, desires, and gives them validation in the next best way possible other than getting it from you in person. I understand men do it a lot which is due to the causal culture and sexual desire of the act.

Think about it: when was the last time someone you barely knew said something outrightly sexual to your face?

I’m not talking about those weird pick-up lines such as “you must have been born in a farm because you know how to raise my c%$k” types of comments. I’m talking about sexual banter and sly innuendo that actually got you sexually interested and slightly aroused.

Most men, aren’t as sexually confident as they would like to believe at first. At least not in person.

However, most people find it much easier to be a bit more open via text. That’s why that complete stranger you met last night can send you a sexy text message in the morning and not feel terrified about his or her actions.

Here are some excellent reasons why men sext a lot:

It Fulfills their Sexual Needs

Here’s the thing you probably know about most men by now: they are always looking to get laid.

Yes, more often than not, men want to get laid. Now before you dismiss every man you meet as a creep who only wants to get into your pants, you should also know that there are good, caring men out there who are actually looking for love…and to get laid.

So when a guy sexts you, he is only acting based on his most basal instinct, to get laid. The reason why most men resort to sexting really quickly is because they want to fulfill this sexual need.

MUST-READ: How to Ask a Guy What His Intentions Are Without Pushing Him Away

For the most part, whenever two strangers meet, there are instances of attraction that occurs. The problem is, none of these people is every really sure whether or not the other person feels the same attraction or not.

Sure there can be instances of banter and the two connecting on an impossibly sensual level as far as conversation goes but unless that all ends up in a one-night-stand, neither of these people can be sure whether or not the feeling was mutual.

When a man sexts you, after the two of you have an exhilarating encounter, he is mostly trying to get validation from you. If you respond in kind, he will be more encouraged to pursue the connection. If you completely ignore his advances or take offense to the sexting, he will assume that the attraction was one-sided. At which time, he might decide to either play the long game (approach you in a different non-sexual manner hoping to one day get out of that friend zone) or he might simply cut his losses and move on.

He is Looking for Reciprocation

If you took a poll and quizzed 100 guys today on whether or not they would like to receive a raunchy text from their “person of interest”, you are more likely to find that almost 99.9% of them will say yes.

Men are visual creatures and for the most part, absolutely adore the female body. So receiving a naughty text with a picture of your gorgeous body is an extremely welcome gesture.

That’s probably what he is going for when he sends you a naughty text with a picture of himself – reciprocation.

Here’s the thing about writing texts: you can revise them severally before sending them out.

Unlike verbal communication where if your foot finds its way into your mouth, no matter how much you try to take it back the damage will already have been done, texts can be deleted.

By the time a man sends you a sext, he has mostly thought it through and come up with the best possible wording (in his opinion) to elicit a positive response from you.

How Should You Respond to His Sexts?

Now, as you would expect, your responses to his sexts entirely depends on a few things:

How you feel about the contact (sexts) is a key catalyst to your response.

Let’s just be honest, there are some people who, despite saying pretty much the same thing approach it differently and this elicits different reactions from you respectively.

Some guys have a way with words and even though the innuendo will be there and you will get that he is actually sexting you, it won’t seem so sleazy. This is least likely to change your opinion of him as a “sweet guy”.

So, how should you respond to his sexts?

Let’s assume that you are actually interested in him and his approach (Read: sexts) didn’t turn you off. The very first thing you need to do is respond to them. Granted, you don’t have to dive into the sexting yourself but a simple response will encourage most guys and tell them that you are open for further communication.

Regardless of whether or not you are into the sexting, matching his energy word-for-word doesn’t work for most men. Alpha men like it when women are feminine just like most women don’t like it when their men are feminine. If you are looking for a manly-man, the best way to respond to his sexts is to be feminine.

That feminine energy brings out the best in most men. Not only will it increase their attraction towards you but it will bring out their protective and slightly possessive nature. It will make them want to make you theirs as quickly as possible so they can protect you from all the other “sleaze balls” out there.

Be Clear About Your Boundaries

The thing about most men when they first meet you is that they are trying to see how far they can push the limits. How much of them are you willing to accept. This is where it gets very tricky because most people (men and women alike) have a somewhat high opinion of themselves and only see the world as they are as opposed to as it is.

For example, if a man was to send you a picture of his junk within the first three sexts and you responded by sending him a nude picture of himself, he will automatically assume that “game on”. You are feeling him as much as he is feeling you.

This will make him more…brazen, if you will. He will amp up the sexts and keep it sexual for as long as you will let him.

The only remedy here, and this works if you want more than just a one-night-stand, is to set boundaries very early on. If you like him and are into flirting with him, do so but let him know how far it can go for the moment. Politely decline any X-rated pictures but respond to the sexual innuendo.

For the most part, he will get that you are into him but you just aren’t that “kind of girl”. Most men will then want to try and match your standard which means taking you out on dates and outrightly wooing you.

MUST-WATCH: 3 Things You MUST MASTER in Your First Interactions in Order to Hook Him Long-Term

Let me know what you think about receiving sexts from men and your best responses in the comment section below.

196 thoughts on “Why Do Guys Like Sexting So Much With Someone They Just Met?”